Gene Simmons Expresses His Love For Rush, And Does Hilarious Spot-On Impression Of Geddy Lee! 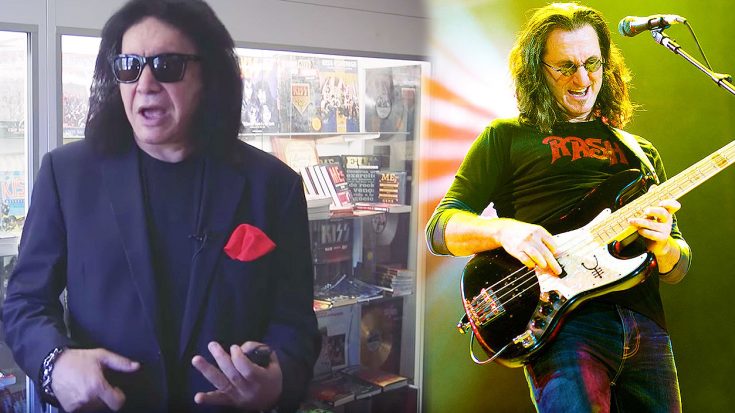 He has much admiration for them!

One of our favorite things here at Society of Rock, is when rock stars show a genuine appreciation for one another. Sure, there are a ton of feuds in the music world, and not everyone respects each other. But when we do see rockstars that mutually like each other an show appreciation for their work, it gives a warm feeling in our heart.

In a recent video we found, KISS bassist and front man Gene Simmons reveals how big of a Rush fan he actually is! In the video he says that when they first came out, he thought they were a Canadian Led Zeppelin. That’s pretty high-regard for a brand new band! Not only that, Gene does a hilarious impression of Geddy Lee, and also Neil Peart. It’s pretty spot on, and surprisingly accurate!

He also goes on to talk about how the two bands toured together, and how he didn’t get to see any of their performances during it! But later on, he explains that he ended up going to a Rush concert himself, and finally got to see the legends play live!

It’s a pretty amazing moment! Check it out down below! We’re so happy to see these two bands are so close, and are friends.