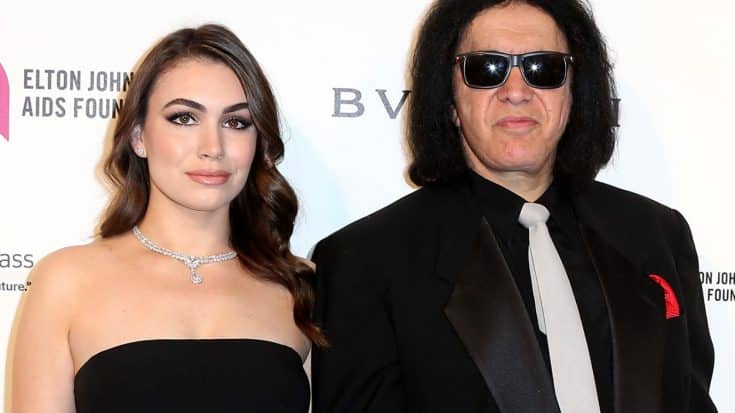 It’s pretty easy to dislike Gene Simmons, but it’s even easier to forget that when it comes to his love for his kids, he’s just like the rest of us (try as he might to pretend otherwise). Simmons’ 25-year-old daughter Sophie knows this all too well as she gears up for the next phase of her musical career, revealing that when it comes to supporting her Gene is nothing but the proudest of papas – even though it gets under her skin sometimes.

“My dad gets so proud; he’s like, ‘Can I post this on social media?’ and we’ve since had to start editing his social media, he’s so overzealous in posting every little thing,” Sophie shares. It doesn’t stop there, though; he’ll actually share Sophie’s work accidentally, which is even worse.

“He’ll post a video and an unreleased song of mine will be playing in the background, and I’ll have to go in real quick and take it down.”

To be totally fair, it’s not just Gene. According to Sophie, the Simmons family’s excitement over what she’s doing with her career extends to pretty much everyone but mom Shannon Tweed, who she says understands the creative process better than anyone.

“I usually don’t play music for my family because they’re so amazing and proud that they want to share it with anyone who will listen, and as an artist that’s your worst nightmare, to share something before it’s finished,” she told Billboard. “They’ve lost their privileges of being sent songs because they just show everybody. I send songs to my mom ’cause she’s my best friend and she understands the creative process.”

Sophie’s newest release, a dreamy, atmospheric tune called “Black Mirror” dropped over the weekend to great response from fans and critics alike – and, best of all, without Gene spoiling the surprise before it was ready to go. Annoying though it might be to have to curtail his social media to keep her work under wraps until the big reveal, at the end of the day Sophie is just really, really damned glad that Gene is her biggest cheerleader.

“He doesn’t think he’s being an over-sharer, he’s just proud and it’s great. All parents should be like that.”