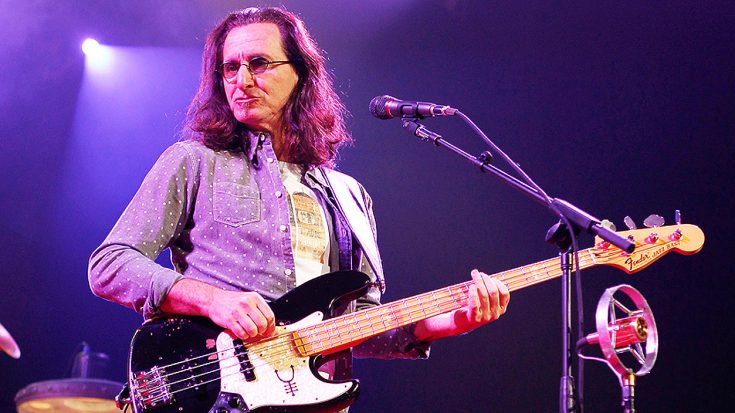 A lot of Rush fans got broken hearted when the band said farewell in 2015, and the hopes to see them complete at a reunion show was shattered when the tragic news of drummer Neil Peart‘s passing in 2020 was announced.

Peart passed away after a three-year battle with glioblastoma. Surviving members Geddy Lee and Alex Lifeson talked about the hardships they had to go through keeping Peart’s illness unknown to the public as per respect to the late musician’s request.

In an extensive interview with Canadian music personality George Stromboulopolous for his House of Strombo show, Lee shared:

“That was hard. I can’t tell you it was easy, ’cause it was not easy. And it was ongoing. His diagnosis was… He was given 18 months at the most, and it went on three-and-a-half years.”

“[It] was a constant flow of us going to see him, giving him support. What his family had to live through was really difficult. So it was a lot of back-and-forth. And when you’re in that state, it’s very hard to function normally, because you can’t talk to anybody about it, ’cause no one’s supposed to know. And so people hear rumblings and they bring things up to you, and you deflect it. And so that feels, on one hand, it feels dishonest, but on the other hand you’re being loyal to your friend. So fuck the dishonesty part. That wins.

“I would say that was the most difficult time for us to move forward, during that whole thing, because we were in this bubble of grief sort of walking towards an inevitable and terrible conclusion.”

They also talked about how Lee and Lifeson took different paths after Rush’s decision to end their touring in 2015 amidst Peart’s battle with chronic tendonitis. Lee explained:

“I’d say Al and I have different ways of dealing with that. Al threw himself into little projects and bigger projects and he kept working throughout the whole thing, and that was a real tonic for him. And I can relate to that, ’cause when we went through our first set of tragedies with Neil, back when he lost his wife and daughter, I did that — I threw myself into my solo album, and it saved me in many ways; it fed me, let’s put it like that. And so for myself, I turned to writing and I turned to book writing, and that was a way for me to — not compete with that moment and those feelings, but a way to take stock and recharge my batteries in a different way. So we handled it quite differently. But at the end of the day, it was a difficult thing to put aside.”

“I know right after the tour, both Ged and I felt like we still had a lot of gas in the tank. The show looked great; we were playing really, really well. If we could just squeeze out another 150 shows.”

“Let’s be honest: it was frustrating to end when we ended. I was frustrated, because I worked so hard on that tour in terms of design and putting it all together and the whole concept of going backwards, a chronology that exposes itself or exploits itself while going back in time. And so I was really proud of it. I wanted to take it to Europe to play for the European fans, I wanted to take it to South America, and that wasn’t gonna happen. So it was truncated in my view, in my mind, and I had to swallow that because I had to think of my friend’s needs and what he wanted. But it was frustrating.”