Geddy Lee Is Working On A ‘Super-secret Project’ 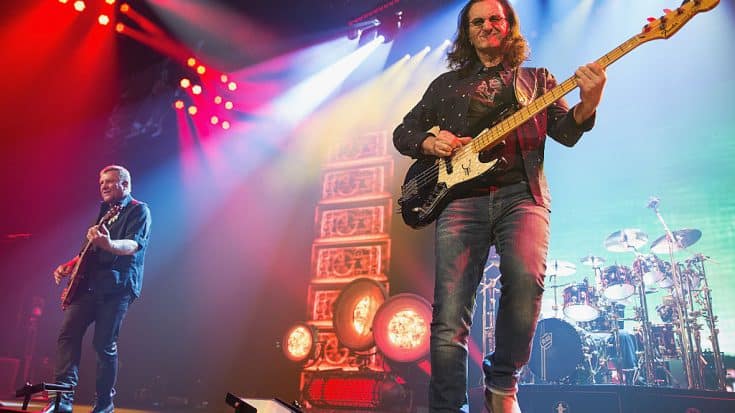 This is the collaboration we never expected.

Barenaked Ladies frontman Ed Robertson has revealed that he’s teamed up with close friend and Rush bassist Geddy Lee on a new “super-secret” project. In a new interview with Classic Rock magazine, Robertson talked about his bond with Lee and that they’ve been in the recording studio working on something that he “can’t talk about”.

“Geddy is somewhere between my surrogate father and imaginary big brother,” Robertson said. “I love him so much. I was in the studio with him yesterday for a super-secret project that I can’t talk about.”

The pair goes way back. And in fact, when Barenaked Ladies were inducted into the Canadian Music Hall Of Fame in 2018, they were asked who they wanted to do the induction. Robertson recalled, “We said: ‘Geddy is number one, two and three.'”

During the recording of their album “Detour De Force”, the band even borrowed gear from the rock legend.

“When it came time to make this record, we discussed using Taurus pedals, and were like: ‘Where are we going to find those?’ Jim [Creeggan, bass] said: ‘Could we ask Geddy?'” Robertson recalled. “It wasn’t just another instrument laying around in the studio. ‘There’s my guitar, there’s Jim’s bass and there’s Geddy’s Taurus pedals.’ They’re like sacred objects [laughs].”

We can’t wait to find out what they’ve been working on!