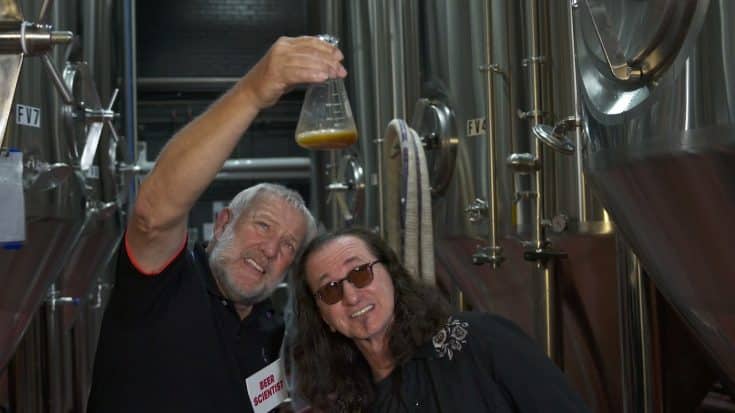 Check Out The Clip

Alex Lifeson and Geddy Lee have released a 30-second video to launch Rush Canadian Golden Ale, their latest beer collaboration with Toronto-based Henderson Brewing. Lifeson played the part of a “Beer Scientist”, while Lee was the “Beer Drinker.” They visited the brewery, which Lee called beer factory.

Rush Canadian Golden Ale will be available in the Ontario area on August 30.

“Beer has always been an important part of the touring experience for the band,” a statement on Rush’s website read. “That first after-show beer helping to draw a line between the focus of performing and the wind-down that follows. After hundreds of shows in so many countries around the world, the band really began to see how different beer could be.”

“When I get off stage, I really, really enjoy an ice-cold beer, it’s like a little reward,” Lee said.

Lee also described Rush Canadian Golden Ale as “golden in colour with a dense ivory head. It has an earthy aroma with hints of orange-peel, pine and spicy rye. While the emphasis is on refreshment, there are elements of pine, rye spice and a citric hop flavour that add to the subtle complexity of the beer.”