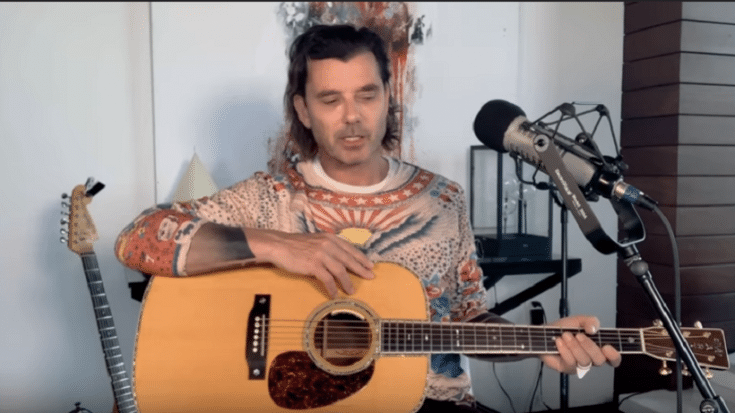 With the coronavirus crisis forcing musicians to stop touring, they found another way to continue performing and connecting with their fans – with the help of the internet and social media, it’s easy for them to stage their own concerts right in the comfort of their homes. Gavin Rossdale is the newest artist to jump on the bandwagon.

For almost thirty minutes, he goes through a stunning acoustic performance. Aside from BUSH and solo songs, he also takes on Rolling Stones’ 1971 classic hit “Wild Horses.”

Before launching into the set, Rossdale shared that his father’s best friend died a day before he recorded the video. He added: “That was a real shock. And it really brought home how this is affecting everyone.” Check it out below.

In an interview with 101 WQKX on April 7, Rossdale touched a bit about the pandemic that brought the whole world to an indefinite pause. He said, “It’s so bizarre, because now, with corona pandemic going on, and we hope that most people come out slightly better versions of themselves, it’s almost like a new mindset. We have this chance to reset and realize that, actually, we were all going too fast and none of us were paying enough attention to people around us. So that’s the thing, I think — this share and concern and camaraderie amongst us, where we just don’t know what’s going on.”

BUSH is set to release their new album titled “The Kingdom” this summer.