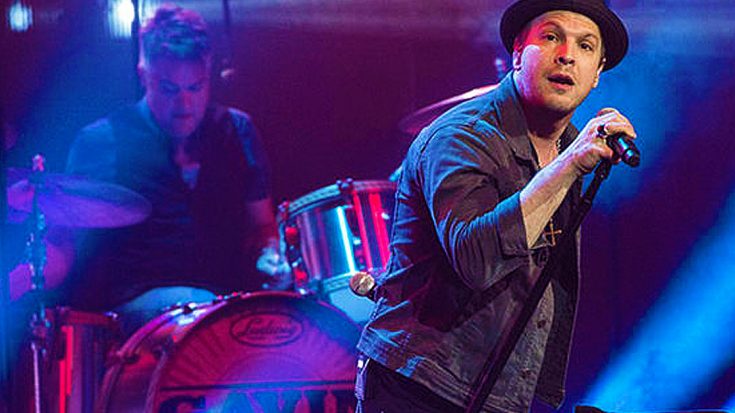 Gavin DeGraw fans, the long wait is over! Last weekend saw Gavin hit the road for the start of his highly anticipated North American Fall tour, kicking off the 42-city affair with a homecoming show in his native New York and dazzling the crowd at the Bethel Woods Center for the Arts with a high energy performance that saw the singer-songwriter bring old favorites front and center and debut two of his newest songs from his upcoming album Something Worth Saving, “Making Love With The Radio On” and “She Sets The City On Fire”.

However, no opening night is complete without at least one showstopping moment that keeps fans talking for days after and Gavin delivered in spades when he led the crowd on a singalong of The Beatles’ 1968 classic “Hey Jude,” announcing that he was “going to play an oldie” and inviting fans to sing along before quietly launching into the first verse.

Gradually ramping up in intensity, “Hey Jude” reaches a fever pitch when at 3:30 Gavin calls his good friend, special guest and tour mate Andy Grammer onstage to join in on the fun and from that moment forward, this Beatles classic becomes a singalong of epic proportions, complete with clapping, hugging, and arm waving in the name of great music performed by great musicians. The first night of the pair’s tour, we can’t think of a better way to kick things off and if the first show alone was this amazing, then we can’t even begin to imagine the magic these two will make for the next two months! Check it out in the video below!