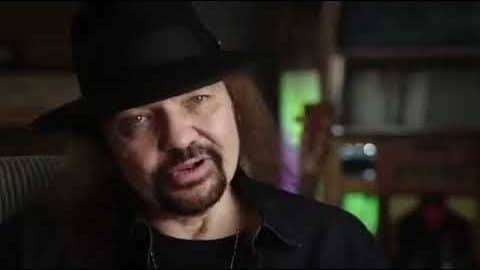 Gary Rossington is the only remaining original member of Lynyrd Skynyrd, but the Southern rock group’s popularity keeps on growing today.

The musician expressed his deepest gratitude to his fans. Rossington said:

“It’s a tribute band right now, and everybody knows it’s not the original. Everybody who comes to see us is told that during the show, and probably knows before they even get there. But people still come to hear it live.”

Known to many fans, the band routinely honors their deceased members in every Lynyrd Skynyrd concert. Meanwhile, the guitarist who is now 71 years old is suffering from his own health problems which led him to miss many shows.

Although there are still shows that he’s able to perform, he cannot finish the entire show and he usually sits down and hands his guitar duties over to Damon Johnson. Seeing things from the side of the stage gives him “a lot of different emotions.” He explained:

“I look out and don’t see the original band — it’s strange. And then I look out and see a replacement for me, which is strange. Just hearing the songs without me playing on ’em live is very strange.”

The guitarist also shared that he is ultimately happy Lynyrd Skynyrd’s music still connects with people. He added:

“To see the younger people enjoying it makes your heart warm.”

Last 2018, Lynyrd Skynyrd announced their farewell tour, but it did not push through as planned due to the global pandemic. As per retiring from touring anytime soon, the band couldn’t answer as of this time. Rossington noted:

“In a couple of years it’s supposed to possibly stop, and maybe it won’t.

“I just don’t know, because who can predict the future? We’ll decide then what’s really going to happen”