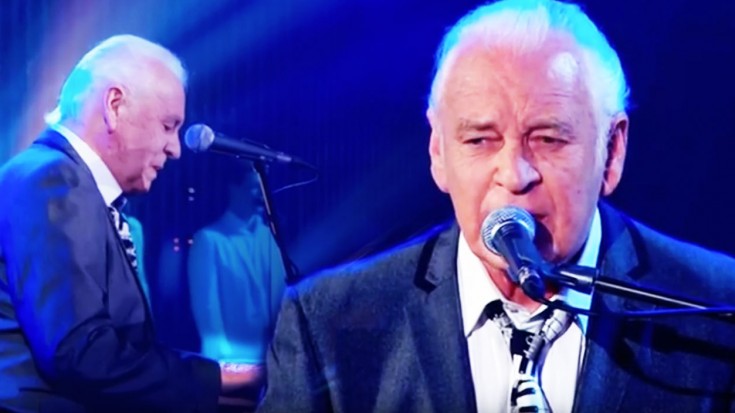 Just one year ago, Procol Harum’s 70-year-old Gary Brooker was wowing a French audience with classic “A Whiter Shade Pale” that had couples reminiscing over old memories and great times. There are some artists that maintain their talent over the years, lose it, or somehow they get better with age and this performance solidifies Gary as one of the rare few that betters over the years.

“And so it was that later as the miller told his tale, that her face, at first just ghostly, turned a whiter shade of pale…”

Procol Harum’s lyrical goal for this piece was to create an entire story with a location, journey and relationship instead of creating lines following each other lacking purpose and meaning just to sound good. Reid and Brooker were true artists in the fact that they joined forces to create something with meaning and depth, which is why they decided to disband in ’77 due to the questioning of the integrity of their musical product.

Interesting Fact: This was the first song Procol Harum recorded. After it became a hit, they fired their original drummer and guitarist, replacing them with Barry Wilson and Robin Trower – more experienced musicians who could handle the subsequent touring.

As “A Whiter Shade Of Pale” graced the charts during the Summer of Love, Brooker and Reid melted and mended hearts with their powerful lyrics, brilliant minds and brilliant talents. Enjoy watching Gary still very much in his element, killing this Procol Harum classic!

+ A Whiter Shade Of Pale Lyrics +

And so it was that later
As the miller told his tale
That her face, at first just ghostly,
Turned a whiter shade of pale
She said, ‘There is no reason
And the truth is plain to see.’
But I wandered through my playing cards
And would not let her be
One of sixteen vestal virgins
Who were leaving for the coast
And although my eyes were open
They might have just as well’ve been closed

And so it was that later
As the miller told his tale
That her face, at first just ghostly,
Turned a whiter shade of pale

And so it was that later