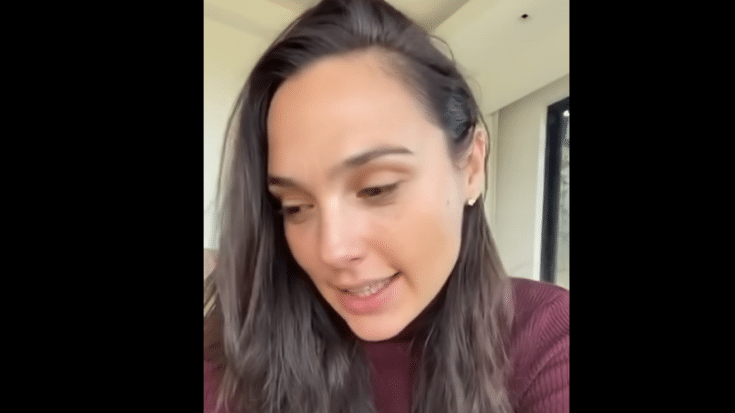 Wonder Woman actress Gal Gadot started her year reflecting on the past. Specifically, at the beginning of the COVID-19 pandemic in March 2020 where she leaded Hollywood celebrities into doing a video singing a cover of John Lennon’s “Imagine.”

Gadot’s intended the act to be a message of hope at the time she uploaded it on Instagram with the caption:

The actress said that she was inspired after seeing a video of a man in Italy playing the trumpet to his neighbors during the Italian coronavirus lockdown.

But the video with the celebrities who recorded themselves, each singing a line was just criticized on social media. However, almost two years after it was released, Gadot seems to regret the whole thing and spoke to InStyle magazine last Tuesday saying,