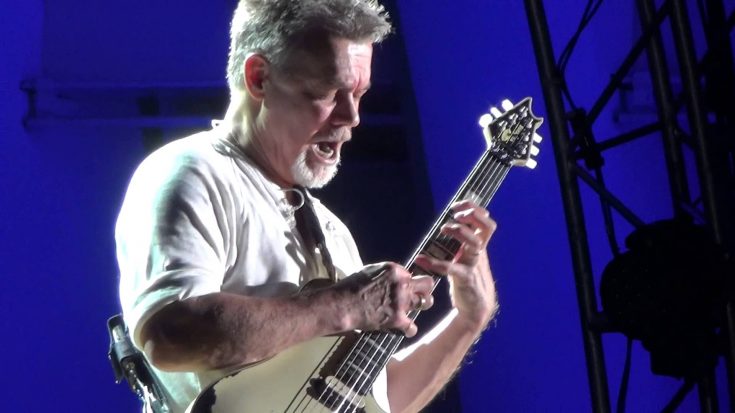 The pair got married in 1981 and Bertinelli gave birth to their son Wolfgang in 1991. In 2005, the two broke up and their divorce was finalized in 2007, but they still shared a bond even after they remarry in later years. They got closer during Eddie’s fight with his cancer.

In Eddie’s final weeks, Valerie and Wolfgang spent every day in the hospital, where Eddie was surrounded by his loved ones, including his second wife, Janie Liszewski, and his brother, Alex Van Halen.

In an excerpt from Bertinelli’s book, “Enough Already: Learning to Love the Way I Am Today” provided to People magazine, she shared that she told Van Halen,

Bertinelli reflects on their relationship, stating,

“I loved Ed more than I know how to explain. I loved his soul.” and added, “We were portrayed as a mismatch. The bad boy rock star and America’s sweetheart but privately, Ed wasn’t the person people thought he was and neither was I.”

“I hated the drugs and alcohol but I never hated him. I saw his pain.”

In 2019, Valerie recalls Eddie asking to speak with her privately, handing her a small bag with a pendant-sized gold bar that he purchased while receiving treatment in Germany.

“I hope you don’t think it’s weird, you know, that I bought my ex-wife this gift and didn’t get my wife anything,” he told her with tears in his eyes. “I just love you,” she recalled, then writing, “He wants me to know he messed up [during our marriage]. I contributed to our troubles too and I am also sorry.”

Though their love for each other was still there, Valerie stated,

“There is no chance we are going to get back together, but I do know if one of us were to open up, the other one would too, and I don’t want to get into that.”

“I can’t explain the feelings Ed and I had for each other. Who really knows had he not died. I doubt it. I loved him more than I know how to explain and there’s nothing sexual about it. It was more than that. And Ed and I understood that… There is no greater love than what we had between the two of us and with that, we made this beautiful son,” she added.

“‘I love you’ are the last words Ed says to Wolfie and me,”

Bertinelli states in the book,

“and they are the last words we say to him before he stops breathing.”

Bertinelli’s memoir, Enough Already: Learning to Love the Way I Am Today, will be released on January 18.