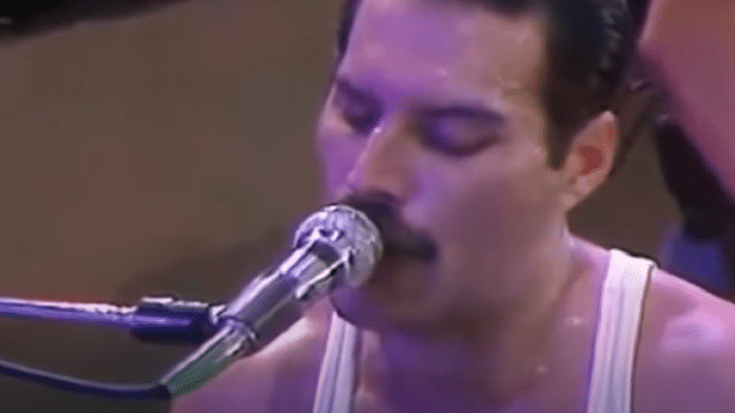 It’s no secret that it was Freddie Mercury who took every Queen song to the next level. His vocals were something else – even science agrees that he had a voice like no other. From opera to hard rock and ballads, the highlight is almost always his golden pipes.

And what better way to appreciate them than to isolate his vocals while singing the classic hit “We Are the Champions”? Check out the vocals-only version below.

“We Are The Champions” was featured on Queen’s sixth studio album “News of the World.” It was a hit on both sides of the Atlantic and eventually became one of the most popular rock anthems. Written by Mercury himself, he said about the track: “I was thinking about football when I wrote it. I wanted a participation song, something that the fans could latch on to. Of course, I’ve given it more theatrical subtlety than an ordinary football chant. I suppose it could also be construed as my version of ‘I Did It My Way.’ We have made it, and it certainly wasn’t easy. No bed of roses as the song says. And it’s still not easy.”

Often played at sporting events, it has been covered numerous times and of course, nothing comes close to the original.