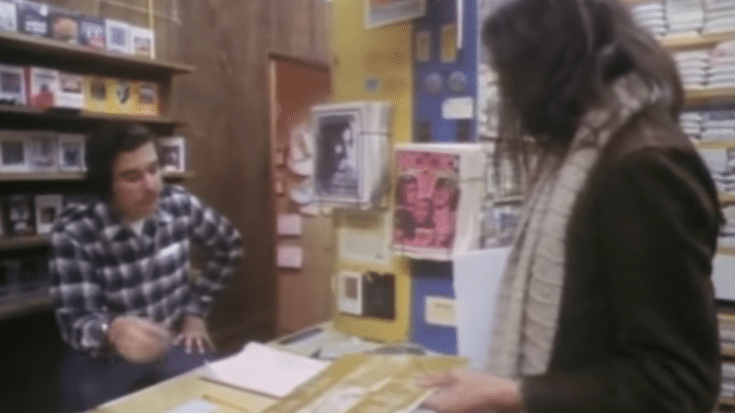 “I Don’t Think It Should Be Sold.”

If there’s one thing we know about Neil Young, it’s that he takes his craft seriously – don’t even think about trying to take advantage of him or any other artist, for that matter! Neil’s fierce desire to protect the arts and those who make a living from them isn’t anything new; more than 4 decades ago, a small record shop learned this the hard way when the singer-songwriter strolled in to pick up a few records and stumbled across something he shouldn’t have. While shopping for records in 1971, Neil finds two CSNY live bootlegs in the store, mixed in with other records. At first he’s confused – sure, he remembered playing those shows, but to his knowledge they weren’t recorded and they certainly weren’t released via the record label.

For the next few minutes, we watch as Neil argues with the record store clerk (who has no idea who Neil is) and tries to take both albums with him without paying for them – after all, they’re illegal and weren’t even supposed to be available for retail, anyway. The situation escalates as the record store clerk threatens to call the police but Neil refuses to budge, at one point speaking to the record store owner on the telephone and reaching some kind of understanding that resulted in Neil leaving with two free records.

The incident did cost Neil, though – he broke a candle on the way out, but was awesome enough to at least pay for that!