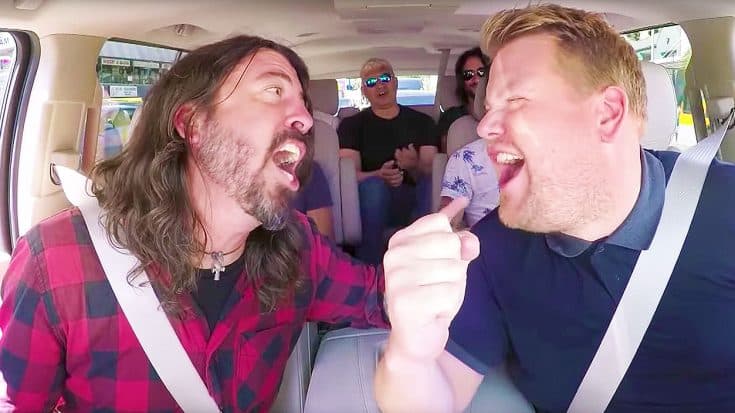 With the release of their brand new album Concrete and Gold the Foo Fighters are doing what every band does when they have something new and exciting going on: a press tour. On this press tour, the band finally fulfilled a long-awaited wish for many fans: seeing the Foo’s team up with James Corden for a spin in the “Carpool Karaoke” van.

The segment appeared on The Late Late Show With James Corden, and lived up the the magnitude of hype that came with the anticipation! Corden picked the Foo’s up, and all 6 members piled in to the van and joined james in a sing-a-long of classic and contemporary Foo Fighter hits, including “All My Life,” “Learn to Fly,” and the new tune ‘The Sky Is A Neighborhood.” As a bonus in the episode, the band stops off at a Guitar Center, and James, Dave Grohl and Taylor Hawkins participate in a full-blown drum-off in the middle of the store! Their visit to Guitar Center is capped off with an epic, loud cover of Rick Astley’s “Never Gonna Give You Up,” which James sings on!

Check out the amazing segment down below, and let us know what you think!