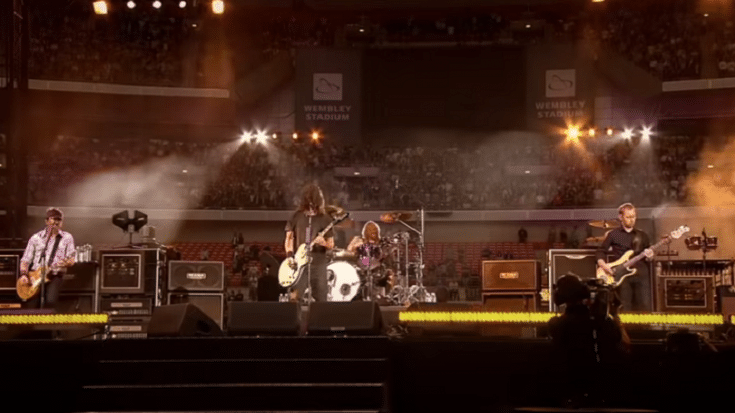 To Commemorate Their 25th Anniversary

The Foo Fighters have canceled their 25th Anniversary Van Tour because of the coronavirus pandemic. They were supposed to visit the same cities during their original 1995 trek – their first US tour. The stops would have taken place at arenas but the band shared before that they intended to squeeze in gigs in smaller and more intimate venues.

Initially, the 11-date run was moved from April to October. But with the continuous increase in COVID-19 cases, Foo Fighters had no choice but to announce on Friday that they’re canceling the tour entirely.

In a statement posted across their social media channels, they said: “We look forward to seeing you all as soon as it is safe for everyone to do so.”

Those who purchased the tickets will get their refunds.

In an interview last month, frontman Dave Grohl revealed that he found it “terrifying” leading the band during their early years. He told Apple Music’s Matt Wilkinson, “Coming out and standing [on stage]… I mean, fuck, I’d been sitting on a drum stool for so long that, oh my God, now I have to stand in front of people? How does my body move? What do I say in-between songs?”

He added, “I mean now when I walk out on stage, it’s just like, ‘Hey. Okay, let’s go.’ But a long time ago, even doing interviews… I was shy. I was just insecure, self-aware. I just felt like I wasn’t used to being put in the forefront like that, and I can not even watch interviews from those days back then.”