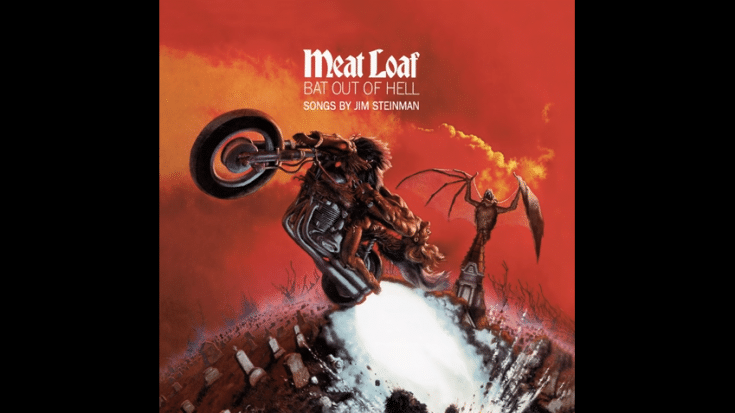 Known for his powerful and booming voice, Meat Loaf has a dozen studio albums but the Bat Out of Hell trilogy alone (Bat Out of Hell, Bat Out of Hell II: Back into Hell, and Bat Out of Hell III: The Monster Is Loose) has sold over 50 million copies worldwide. Aside from being one of the best-selling music artists of all time, he also appeared in various TV shows and movies like The Rocky Horror Picture Show and Fight Club.

Here are his five best songs.

The title track to his debut studio album, it’s about Peter Pan and the Neverland story. It’s also often compared to Bruce Springsteen’s Born to Run LP. Written by Jim Steinman, he wanted this to become the ultimate “Motorcycle crash song.” Steinman further insisted that it should feature the sound of a motorcycle but instead of a real motorcycle, producer Todd Rundgren himself played the electric guitar for that particular section. Meat Loaf recalled, “In fifteen minutes he played the lead solo and then played the harmony guitars at the beginning. I guarantee the whole thing didn’t take him more than forty-five minutes, and the song itself is ten minutes long. The most astounding thing I have ever seen in my life.”

2. Paradise by the Dashboard Light

An absolute classic, it’s a rather unique song with its unusual structure. Clocking in at over eight minutes, it’s divided into three parts. It’s about a young high school boy trying to convince his date to have sex with him. She stops him and says she’s only willing to go further if he promises to love her forever and eventually marry her. The boy agrees but years later, he continues to honor his promise even though he can hardly stand her.

This power ballad was a massive success – topping the chart the in several countries. It also became his first and only #1 on the US Billboard Hot 100. It’s over 12 minutes long and Meat Loaf bagged a Grammy Award for Best Rock Vocal Performance, Solo for it. Speaking about his most misunderstood line, Meat Loaf told Yahoo! talk show host Ali Wentworth, “When we were recording it, Jim brings up the thing — he says, ‘People aren’t gonna know what that is.’ I said, ‘Of course they are. How can they not know?’ He goes, ‘They’re not gonna.'”

4. You Took the Words Right Out of My Mouth

It’s Meat Loaf’s first single from Bat Out of Hell and compared to his other songs, this one’s relatively short at five minutes even with the spoken intro. Apparently, he specifically asked Jim Steinman for something that’s not over ten minutes long and is a “pop song.”

One of his signature songs, it’s the final track written for Bat Out of Hell. It got a major boost after Meat Loaf performed it on Saturday Night Live on March 25, 1978. Steinman said on VH1 Ultimate Albums series, “I don’t try to make them complicated. I remember going home and I tried so hard but the best I could do was: I want you, I need you but there ain’t no way I’m ever gonna love you, don’t be sad, ’cause two out of three ain’t bad. So it was still a twist but it was my closest to a simple song, and one Elvis could have done.”