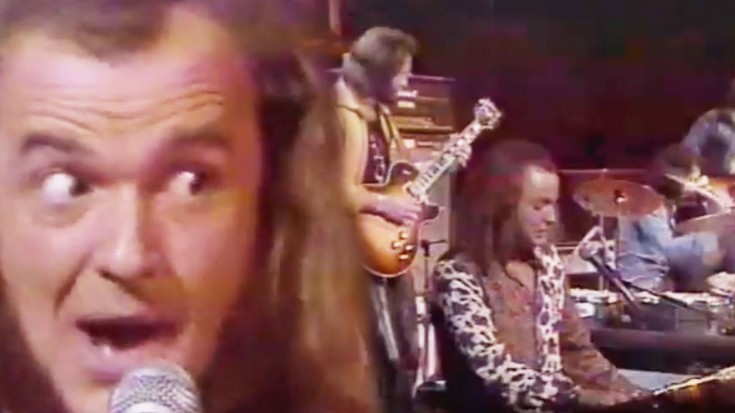 Although Dutch- based rock band Focus’s “Hocus Pocus” has to be one of the most unconventional songs out there, these guys rock harder than anyone we know. Yes, there is yodeling and screaming, but some of the killer electric solos have a serious effect on our blood pressure and we love it. Considered an “instrumental,” “Hocus Pocus” eventually hit #8 on Billboard Charts in 1973 and became the band’s only successful hit.

Interesting Fact: “Hocus Pocus 2” is a faster version, which was released as a single in its own right in Europe and was the B-side to the North American release of “Hocus Pocus”. When performing live, Focus would play the “Hocus Pocus” even faster.

As this song became somewhat the first of its time that is now referred to as progressive rock, the strange and piercing vocals coming from lead singer Thijs van leer were seriously out of this world at the time and still are even to this day.

We could watch this dude scream, wail, yodel and melt his own face at all times of the day. And let’s not forget his stellar flute work and whistling toward the middle of this song, is there anything this guy can’t do?

Enjoy this seriously awesome live performance of one of the greatest progressive and instrumental rock groups of all time.