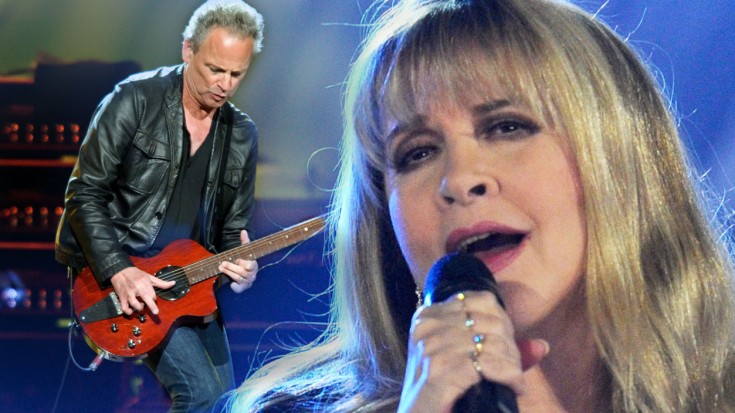 “And If You Don’t Love Me Now…

With over 40 million copies sold since 1977, it’s safe to say that Fleetwood Mac’s Rumours is one of the best selling albums of all time. With songs like ‘The Chain’, it’s easy to see why – the songwriting team of Nicks and Buckingham alone generated enough deeply introspective and at times, volatile material to make for intensely catchy songs that would stick with us for a lifetime.

Take a look at the lyrics to ‘The Chain’ – Stevie Nicks is voicing her frustration and anger with Lindsey Buckingham over their breakup, yet still reminding him that they’re still tied together by some common thread.

‘The Chain’ came to represent the resilience of Fleetwood Mac and the strength of their bond as they continued on for many years despite their personal and professional difficulties. It’s the first song they play in concert.

What I love the most are the myriad of influences that you can hear on this song! From the folk influence brought in by the acoustic guitars in the intro, to the punk influence brought on by John McVie and Mick Fleetwood at the bridge, ‘The Chain’ is a mishmash of all of the great things about music made in the 70s. It’s got a really wonderful driving, constant beat highlighted by the 5 part harmony of the band in the background.

Strife within the band aside, the legacy of ‘The Chain’ has proven to be just as unbreakable as the bond of Fleetwood Mac!

And if you don’t love me now
You will never love me again
I can still hear you saying
You would never break the chain.

Break the silence
Damn the dark
Damn the light

And if you don’t love me now
You will never love me again
I can still hear you saying
You would never break the chain.

Chain, keep us together
Running in the shadows