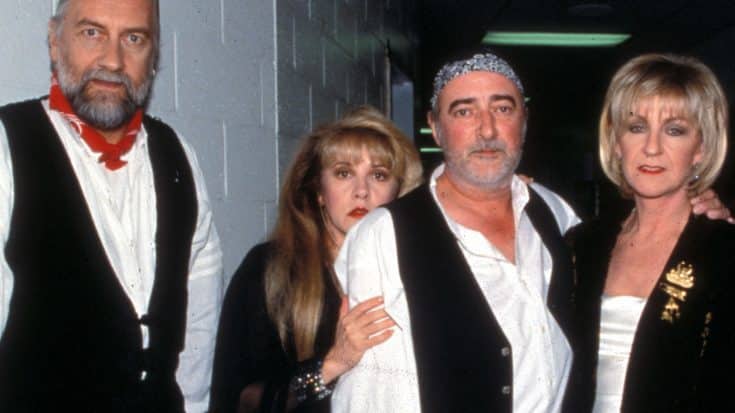 Lindsey Buckingham is out of Fleetwood Mac, a decision that we now know was made by the band. In the wake of his sudden and shocking ousting from a band he’s been tied to for more than 40 years, Buckingham’s former bandmates have issued a joint statement on the matter and guys, it’s a doozy.

Though brief, Fleetwood Mac’s statement on Buckingham’s exit is pretty telling, even going so far as to name his replacements. That’s not a typo, either – they’ve tapped two familiar faces to fill in for Lindsey on their upcoming tour:

“We are thrilled to welcome the musical talents of the caliber of Mike Campbell and Neil Finn into the Mac family. With Mike and Neil, we’ll be performing all the hits that the fans love, plus we’ll be surprising our audiences with some tracks from our historic catalogue of songs.

Fleetwood Mac has always been a creative evolution. We look forward to honoring that spirit on this upcoming tour.

Lindsey Buckingham will not be performing with the band on this tour. The band wishes Lindsey all the best.”

That’s right: Mike Campbell of Tom Petty and the Heartbreakers, and Neil Finn of Australian rock band Crowded House are the newest members of Fleetwood Mac, indicating that this entire plot twist has been in the works for quite some time.

Snow warnings for parts of the country, the mystery of Stonehenge solved and yes I’ve joined Fleetwood Mac

Mick Fleetwood addressed the addition of Campbell and Finn in a separate statement of his own, explaining how their new partnership came together:

“Fleetwood Mac has always been about an amazing collection of songs that are performed with a unique blend of talents. We jammed with Mike and Neil and the chemistry really worked and let the band realize that this is the right combination to go forward with in Fleetwood Mac style.

We know we have something new, yet it’s got the unmistakable Mac sound.”

No word as to when Fleetwood Mac plan to officially hit the road, but sources have told TMZ that Christine McVie confirmed sometime “around June”. Stay tuned to Society of Rock for more updates as they become available, this is a developing story and we fully expect more news to funnel in over the next few days and weeks!