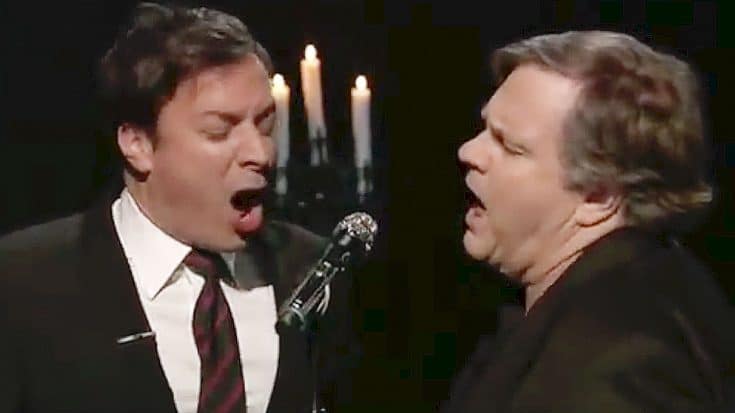 There’s just nothing like sinking your teeth into a fresh, hot Bagel Bite! It was April 26th 2011 when Grammy-award winning artist Meat Loaf was featured on an episode of Late Night With Jimmy Fallon. It was on this episode that stars such as Matt Lauer, Miranda Cosgrove, Andy Cohen, and even Twisted Sister were featured as guests, but little did this studio audience know just what else Jimmy Fallon had in store for them.

Jimmy Fallon would then introduce Meat Loaf to the stage to sing an elaborated version of “Ode To Bagel Bites”. About halfway into the song, Jimmy Fallon joins Meat Loaf making it a full-fledged epic duet!

Fun Fact: A few years later, when Jimmy Fallon would go on to host his new show The Tonight Show With Jimmy Fallon, Tom Cruise would join Jimmy Fallon for a Lip Sync Battle, and in this battle Tom finished his performance by singing Meat Loaf’s iconic hit song “Paradise By The Dashboard Light”.

It goes without saying that Meat Loaf and Jimmy Fallon stole the show on this night. These two have and undeniable chemistry that is just off the charts. It just goes to show that there is NOTHING Meat Loaf can’t sing – relive this awesome performance below!