At Long Last, Stevie Nicks Reveals The Biggest Secret And Inspiration Behind Her Hit ‘Moonlight’! 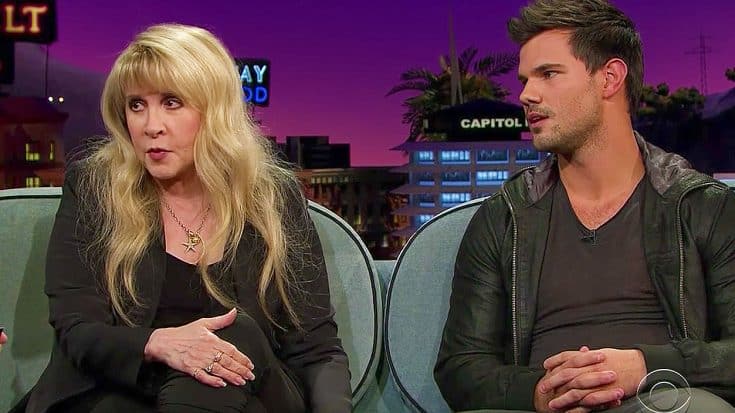 Back in 2011, Stevie Nicks gave the music world her 7th solo studio album with the release of In Your Dreams. The album reached massive success, and got great reviews from critics across the board, with many hailing that this was the best album of her career.

During a visit to The Late Late Show With James Corden, Stevie sat down with James, and actors Taylor Lautner and Zach Galifianakis and revealed some juicy details about this specific album. She revealed to Taylor, who starred in the hit teen movie saga Twilight, that those movies basically inspired the entire In Your Dreams album. See, Stevie saw the movies which immediately inspired her to write the song “Moonlight (A Vampire’s Dream)”. She loved the song so much, but it didn’t really fit in with the other songs she wrote, so she took a risk. She threw out the other songs, and wrote an entire album surrounding “Moonlight,” and the result turned out to be one of her best works yet!

Check out the clip down below, because she shares some other great insight to the album!