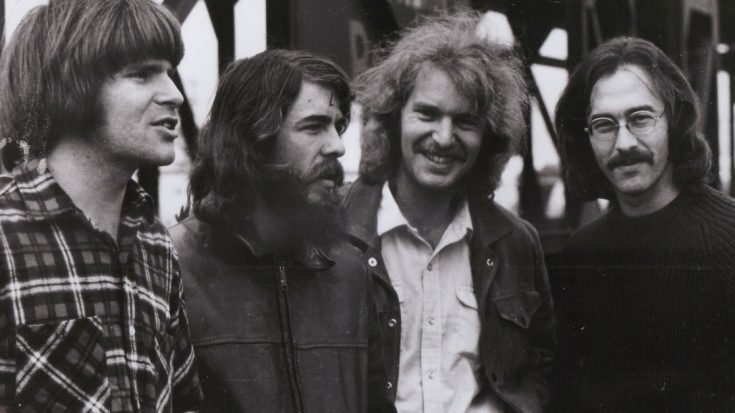 “If You Want Trouble, You Got It.”

As much as we love Johnny Cash, it’s worth noting that when it came to the things that mattered, The Man in Black was not someone to be trifled with. He didn’t suffer fools gladly and the respect Johnny showed to others was always returned in spades, something that would come in handy in the early fall of 1969 when a member of Creedence Clearwater Revival found himself backed into a corner during an outing in Tennessee.

As Creedence Clearwater Revival drummer Doug Clifford tells it, the band was gearing up for their appearance on The Johnny Cash Show on September 27, 1969 when he got the urge to step out during a break in the show’s filming. He’d wanted to buy a “real cowboy shirt” while in Nashville and on his way to the store, Doug was walking past a bar when he suddenly found himself against a wall and facing a “good beating” at the hands of angry bar patrons who didn’t like his long hair when magically, Johnny Cash appeared.

“These guys have my hair … and I’m thinking, ‘I am going to get [a good beating] here.’ And then I hear this voice: ‘Boys, what the hell are you doing?’

And it was Johnny. I don’t know where he was going, but he happened to pass by when this was going on. He said, ‘Let this man go. He’s on my show. If you want trouble, you got it.’ They said, ‘Sorry, John. We thought he was one of those hippies.’ ”

Johnny had been walking down the same street when he saw the scuffle and recognized Doug as a member of Creedence Clearwater Revival, immediately putting a stop to the beating he almost surely would have received. When The Man in Black came around, it was in your best interest to behave – and we’re glad they did!