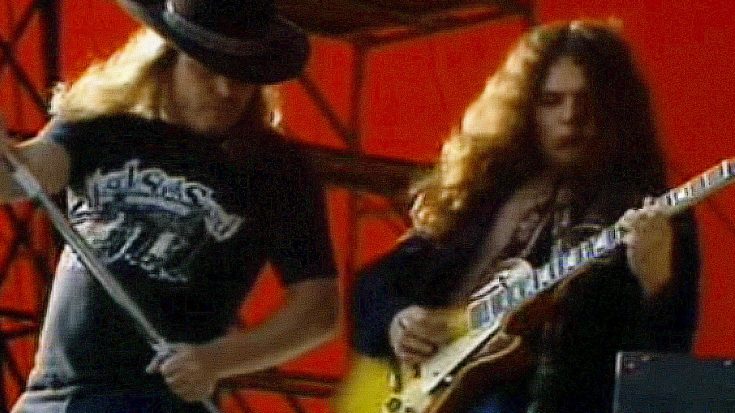 In 1976, Florida’s favorite sons Lynyrd Skynyrd took the stage at England’s Knebworth Fair for what was to be the band’s most career defining performance yet. A festival previously dominated by British Invasion rockers The Rolling Stones, the crowd of 120,000 festivalgoers immediately gravitated to Lynyrd Skynyrd’s rebellious but undeniably fun brand of rock and roll, and if you ask anyone in attendance that day, it was their electrifying performance of ‘Call Me The Breeze’ that cemented Lynyrd Skynyrd’s reputation as the best band to ever grace the stage at Knebworth!

Though there has been several cover versions of J.J. Cale’s ‘Call Me The Breeze,’ it was the 1974 rendition recorded by Southern rockers Lynyrd Skynyrd that would eventually steal the show, rapidly becoming a staple for classic rock fans everywhere. While the two version share some characteristics, guitarist Gary Rossington’s guitar riff made their version distinguishable from Cale’s, making it completely unique to Lynyrd Skynyrd.

It’s easy to see why Lynyrd Skynyrd and their fans were so drawn to ‘Call Me The Breeze’; written about a man who can go where the weather takes him, unburdened by the weight of the world, the concept of savoring simplicity and going where the wind takes you fit right in with everything we’ve come to love about their unique brand of Southern rock!