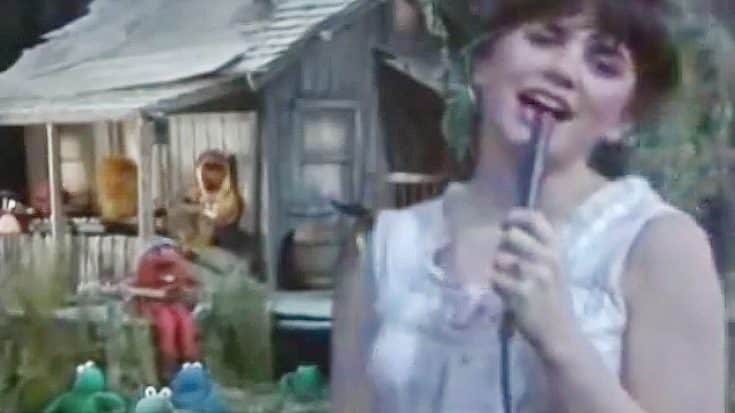 As if we needed further proof that Linda Ronstadt is loved by literally everyone on the planet, the singer-songwriter stole the heart of Kermit the Frog during her 1980 appearance on The Muppet Show, resulting in a very angry Miss Piggy locking her furry green boyfriend away in a trunk to keep him away from Linda. For the rest of us, however, Ronstadt’s beauty and voice were on full display as the then 34-year-old singer joined muppet band Dr. Teeth and the Electric Mayhem for a swampy, hazy performance of  “Blue Bayou” that stole the hearts of muppets and humans alike.

Fun Fact: “Blue Bayou” was originally sung and recorded by Orbison, who had an international hit with his version in 1963. It later became Linda Ronstadt’s signature song, with which she scored a charting hit with her cover in 1977.

Set against a backdrop designed to look like, well, an actual bayou, Ronstadt croons her way through the 1963 Roy Orbison classic with the help of an adorable little frog chorus and Electric Mayhem band member Zeke, who served up a seriously delicious marimba solo. Kermit the Frog may have been forced to miss it, but you won’t – check it out in the video below!