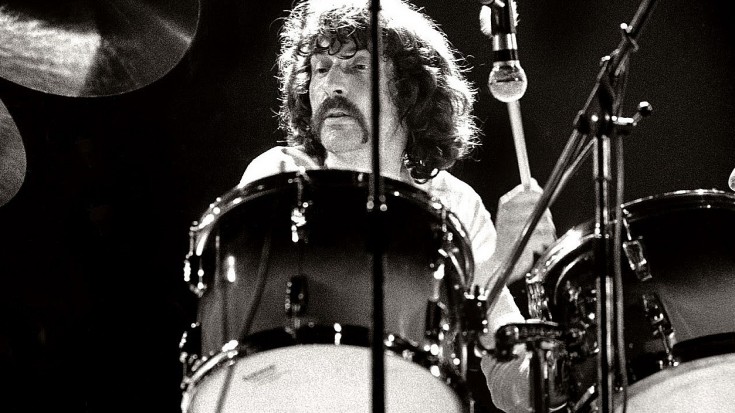 While it’s incredibly easy to fawn over drummers like Ginger Baker, Keith Moon, John Bonham and even Ringo Starr for their dynamic stage presences, larger than life personas and often quirky approaches to drumming, it’s safe to say that Pink Floyd’s Nick Mason is one of the rock world’s most unsung heroes. Preferring to let bandmates David Gilmour and Roger Waters duke it out for the spotlight, Mason’s presence in the band was much like his playing; understated, but absolutely integral to Pink Floyd’s sound and evolution. On the rare occasions he did perform drum solos with Pink Floyd in a live setting, however – he absolutely crushed it!

Fun Fact: Mason is the only Pink Floyd member to be featured on every one of their albums.

This audio is taken from a performance of ‘Doing It’ from the band’s 1969 tour stop in Amsterdam; at first, it starts out a little disjointed, and you’re not entirely sure where it’s going as Nick hits a variety of different drums and cymbals without any real direction in mind. Suddenly, it all falls together and it’s unbelievable – Nick’s jazz roots come out to play, creating a musical and highly colorful solo that’s so characteristic of his work with Pink Floyd that you can actually hear what it would sound like with Gilmour, Waters, and Wright playing over him.

If that isn’t the mark of a master musician, then we’re not sure what is!