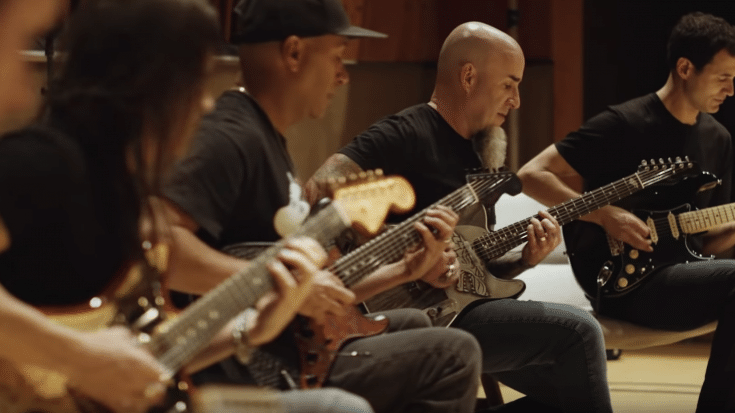 If you’re part of the 99% of people who watch Game Of Thrones and you’re a guitarist you’re gonna like this. Fender just released a collection of G.O.T. inspired guitars as they teamed up with the show’s creator, D.B. Weiss. We found a clip where the CREATOR of the show is playing with Tom Morello and others on these guitars, and they sound out of this world! Like a fantasy.

These are the guitars:

But make no mistake about it. These are going to cost a pretty penny. The collection ranges from $25k to about $35k. Pull out your credit cards.

In this clip we see the creator of the show D.B. Weiss alongside Tom Morello, Scott Ian, and Nuno Bettencourt rocking out with these axes. Also there is the actual G.O.T. composer, Ramin Djawadi.