How The Police Wrote “Every Breathe You Take” 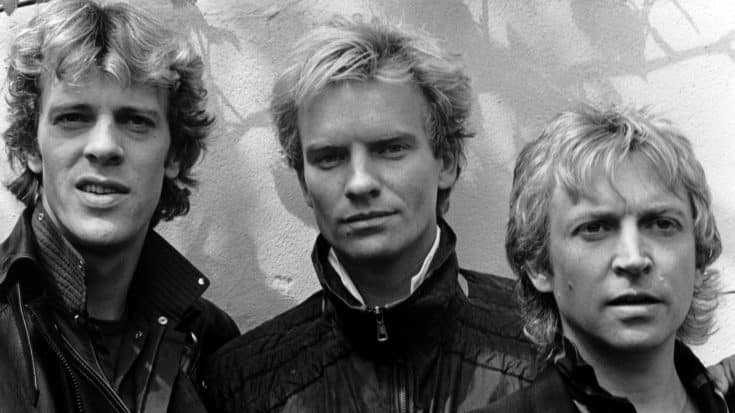 “Every Breath You Take” was a tour de force for The Police. It was their signature song – topping the charts both in the UK and US for weeks on end. It remains one of the best-selling singles of all time too and the fact that it generates a huge chunk of income for Sting (who is worth $300M by the way), says a lot about how much listeners love this track even with its semi-creepy and somewhat disturbing message.

How It All Began

1982 was quite a year for Sting. He separated from his then-wife Irish actress Frances Tomelty (before finalizing their divorce in 1984) and started going out with another actress Trudie Styler. Supposedly, it’s no big deal except, Trudie was France’s best friend and she lived next door to the couple in Bayswater, West London for years. Their affair, after it became public, was not just frowned upon – it was condemned by pretty much anyone with an opinion.

He went to the Caribbean and stayed at Ian Fleming’s estate in Oracabessa, Jamaica. He wrote the lyrics to the song on Fleming’s writing desk where the famous author penned his James Bond novels.

On What The Song Means

Looking closely at the lyrics, it’s clearly not a love song. Or even if it is, it sheds light on one unhealthy and possibly abusive relationship. Several times, Sting referred to the message as “sinister” and was surprised to see how others think it’s positive even going so far as using it as their wedding song.

There’s nothing romantic about being possessive.

“I think it’s a nasty little song, really rather evil. It’s about jealousy and surveillance and ownership.

“I think the ambiguity is intrinsic in the song however you treat it because the words are so sadistic. On one level, it’s a nice long song with the classic relative minor chords, and underneath there’s this distasteful character talking about watching every move. I enjoy that ambiguity.” – Sting

Over three decades after its release, “Every Breath You Take” continues to be a money-making machine for Sting. In 2003, he reportedly raked in $2000 a day for the royalties alone which is not even remotely surprising given that the classic hit has been use numerous times in other songs, movies and even TV shows.