Father Teaches Daughter How To Play ‘Hotel California’ But He’s Not Ready For What Happens Next! 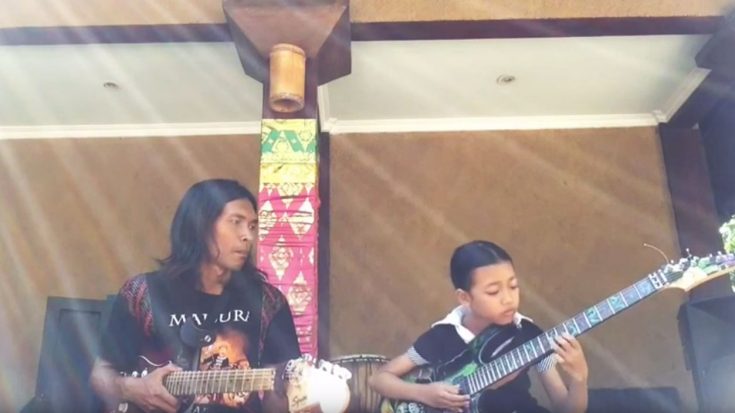 Talent That Runs In The Family!

Now, it’s been said a billion times here that people believe Metallica songs are the golden standard when learning heavy metal guitar, but let’s talk about overall rock guitar. The one song/solo that every aspiring guitarist wants to eventually learn is Hotel California by The Eagles. It is a song that is not only great as a musical composition, but it has one of the most intricately iconic instrumentals of all time, mainly as a result of the guitar solo. It can take grown men years to learn this amazing solo, but you’re about to see might just put all aspiring guitarists to shame!

What you’re about to watch is this little girl named Ayu Gusfanz play Hotel California with what appears to be her father. He is also playing guitar, but he is happily impressed with what he sees! Her technique is certainly amazing and she nails the solo to perfection. See for yourself!