Father And Son Rocks Out Together With Their Cover of The Eagles’ ‘Hotel California’ And It’s Incredible! 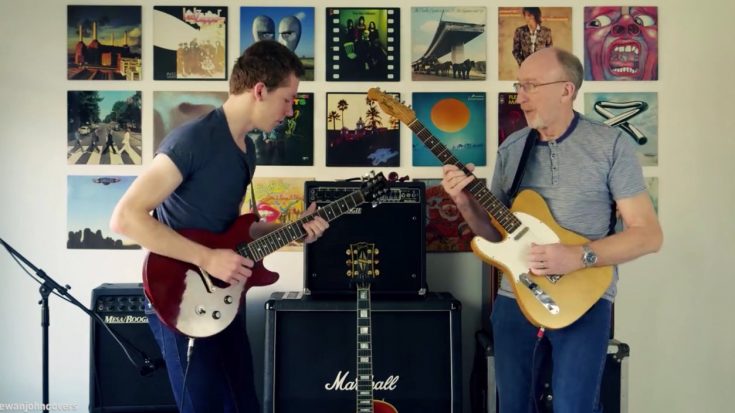 This is the meaning of father-son bonding!

While typical father-and-son activities would mostly involve a fishing pole or a baseball bat, this duo right here decided to pick up electric guitars and crush an incredible solo guitar cover of The Eagles’ iconic hit “Hotel California”.

17-year old Ewan Cunningham from Scotland performs the solo part of Don Felder on his 2015 Gibson Les Paul while his father, John Cunningham, does Joe Walsh’s guitar solo on a vintage 1967 Fender Telecaster. Together, they shred out a pretty slamming rendition of The Eagles’ famous song which was voted to have the best guitar solo of all time.

To add more awe to the family wonder, the background rhythm and percussion was also performed by the father-son duo with Ewan on the drums and dad, John, on the bass. Ewan is surely following in his dad’s taste (and awesome skills) in music, as the video also features their collection of classic rock vinyl records posted on the wall.

It’s pretty clear that rock runs in the Cunningham family.