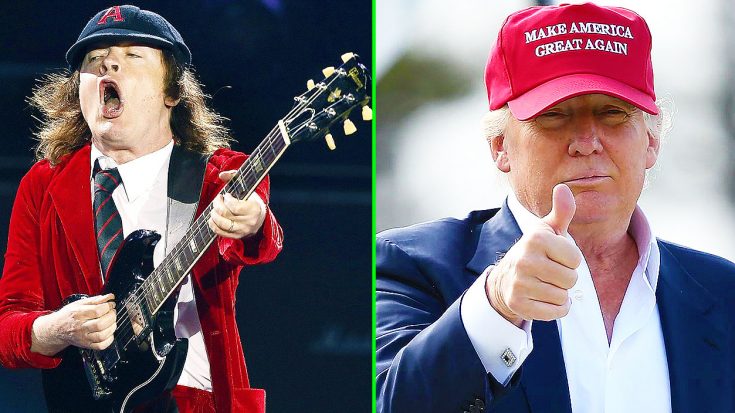 Things are getting crazy!

The biggest wonder in the United States right now, is who the hell is going to perform at president-elect Donald Trump’s inauguration on January 20th, 2017. The controversial president-elect has already had a plethora of artists bail on him, or completely refuse to play at all!

In a shocking turn of events, Alec Baldwin, star of the hit TV series 30 Rock, has stepped up and said that he will volunteer to perform AC/DC’s “Highway to Hell” at Trump’s ceremony. Baldwin took to Twitter to make the announcement, and even attached a video of AC/DC performing the song.

I wanna perform at Trump’s inauguration.
I wanna sing HIGHWAY TO HELLhttps://t.co/fCTArIajFb

Obviously this is a joke, and we highly doubt Trump would even consider agreeing to this…but who knows!? Maybe desperation will kick in and we’ll see Alec on that stage next month. The crazy thing is that Alec currently portrays Trump on Saturday Night Live. His impression is quite funny, so could you imagine if he landed the gig, and performed dressed up like Trump!? We can only dream.

All we know is that if he does perform “Highway to Hell,” it would be HUGE, it would be the best highway, etc., etc.