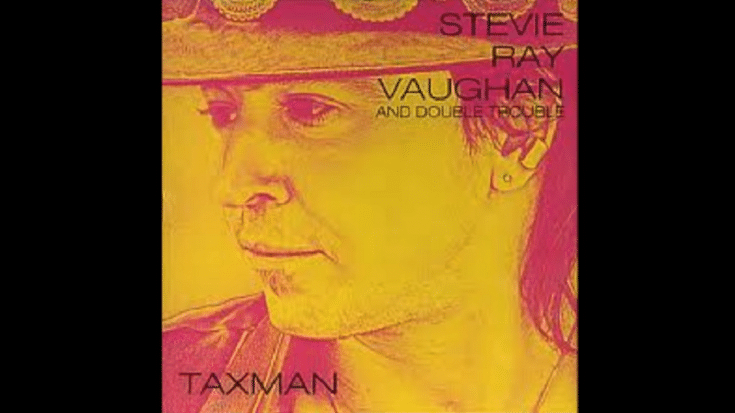 Many can try but no one can ever play the guitar like Stevie Ray Vaughan. Metallica’s Kirk Hammett said it best, “It’s difficult to emulate SRV’s tone because his hands and soul had so much to do with it.” He also added, “In addition to using heavy strings, you also really need to attack the guitar if you want to get that big, percussive sound Stevie had. He was a super-aggressive player, and he didn’t really pick from his wrist – he picked with his entire arm!”

Yup, that’s SRV for you. He plays with power and soul. Now here are seven facts you might now know about him.

7. He once dressed up as Jimi Hendrix for a Halloween party in 1980.

SRV has always showed his admiration for Hendrix – from performing Hendrix classics during his concerts to including his rendition of “Voodoo Chile” on his album. Speaking about his cover, SRV said: “I loved his music and I feel like it’s important to hear what he was doing, just like anybody else, like Albert of B.B. or any of that stuff. I wanted to do the song, but I didn’t ‘t want to mistreat it. I feel like, I try to take care of his music and it takes care of me. Treat it with respect, not as a burden- like you have to put a guy down ’cause he plays from it. That’s crazy. I respect him for his life and his music.”

6. He played for the Rolling Stones at a one-off gig.

When Mick Jagger saw a recording of SRV and Double Trouble’s performance at an Austin music festival, he was impressed. And so, the Rolling Stones frontman invited them to perform for a private party at New York’s Danceteria. There’s even a photo of SRV sitting on a couch beside Jagger.

5. He appeared in a New Zealand commercial for an oil company in 1988.

The video is three minutes long and well we won’t spoil anything. You can watch it below.

There’s not much to say about it except that we’re mighty glad he dropped it. We just can’t imagine calling him anything other than SRV or Stevie Ray Vaughan.

3. Apparently, Stevie Ray Vaughan loved Derek and the Dominos’ 1970 LP Layla and Other Assorted Love Songs so much that he learned to play ever single song on the album note-for-note.

Wow, we would’ve loved to hear his take on Eric Clapton’s epic solos.

2. One of the most iconic guitars in rock, Chris Layton shared how SRV got his hands on his Number One Strat.

He said, “He said he walked into Ray Hennig’s Heart of Texas Music with a black Strat and stood, looking at the guitars on the wall. He said, ‘Will you trade me this guitar for… [slowly moves his finger through the air in a straight line, and then stops, transfixed, like a divining rod], ‘…that guitar right there!’ [Laughs] He picked up a vibe from the guitar, from all the way across the room!”

It appeared on his 1995 compilation album Greatest Hits even if it was previously unreleased. Listen to his version below.