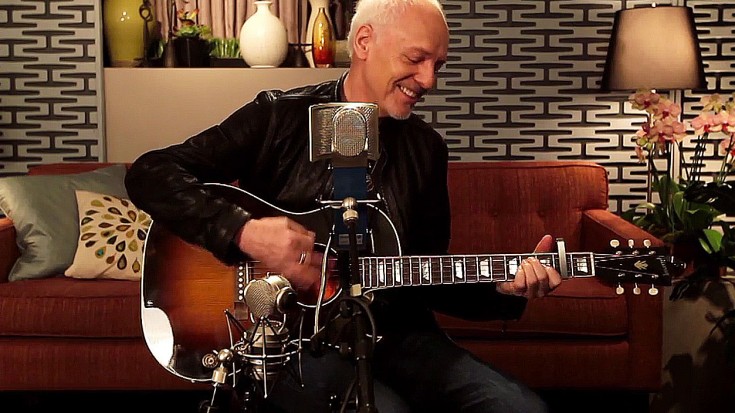 The hottest in late night talk shows got even hotter when rock legend and musical guest Peter Frampton stopped by Conan for an intimate, web exclusive acoustic performance of Buddy Holly’s “Peggy Sue”. The performance came hot on the heels of the release of Frampton’s Acoustic Classics – an 11-song acoustic trip down memory lane and through some of Peter’s biggest hits, marking a major first in his decades long career as a platinum selling musician.

Fun Fact: Peter credits Buddy Holly with being one of his very first musical influences and inspirations.

Sharing the incredibly cool tale of how Buddy Holly once earned him a Cub Scout badge, Peter Frampton takes fans on a delicious journey through one of his favorite songs by an artist who continues to inspire him to this very day, but don’t the easy, breezy nature of “Peggy Sue” fool you: at 2:46, Peter delivers a guitar solo that can only be described as – well, you’ll just have to see it to believe it!