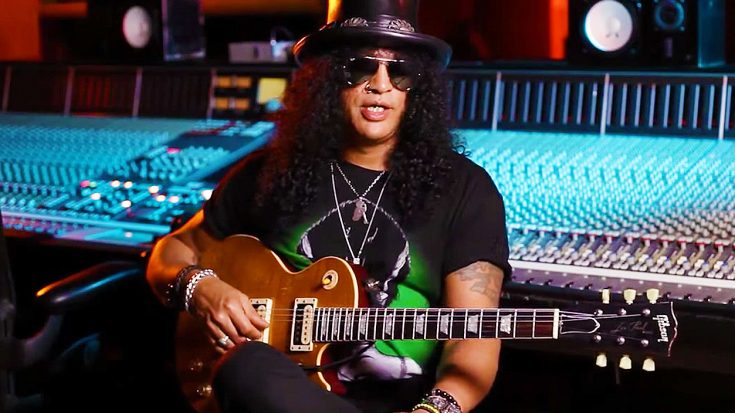 It’s always interesting to hear how these legends we’ve come to know and love originally ignited their passion for their respective instrument! The stories can inspire people like you an me to pick up an instrument, and strive to master them. For some it came naturally, but for others they actually had to work to achieve their skill.

In an interview, Guns N’ Roses axeman Slash told the story of how he originally picked up the guitar! Slash recalls that he and Steven Adler used to hang out and listen to KISS records. Adler had a guitar at his house, and the two would just jam out to the records. Originally, Slash says that he was going to learn bass, while Adler would learn the guitar! But when he went to take lessons, he heard the guitar and didn’t look back!

It’s a pretty funny story in the sense that Slash confused the bass guitar with an actual guitar! Can you imagine if Slash stuck with bass! How different would Guns N’ Roses sounds, or would they even be around!? We’ll never know, but we’re happy Slash stuck with guitar! Check out the interview down below!