Ever Wonder How Lynyrd Skynyrd Brought A Song Like “Workin’ For MCA” To Life? You’re About To Find Out 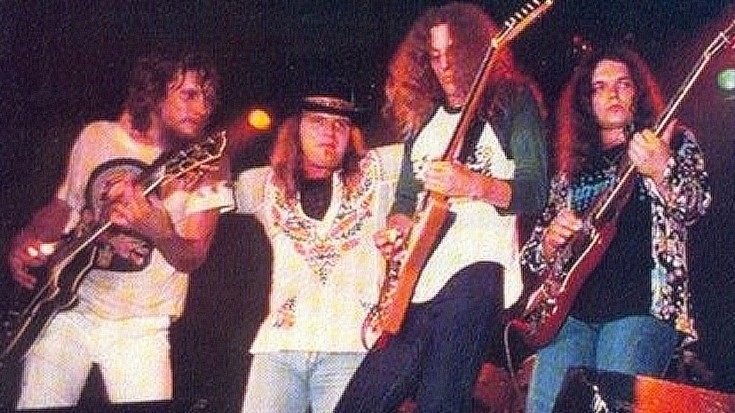 Teaching An Okie How To Fly | Living Room Rehearsal Tape, 1976

When Steve Gaines joined Lynyrd Skynyrd in 1976 as Ed King’s replacement, rehearsal time became even more sacred; they weren’t just running through songs they could play in their sleep, they were teaching the critical third piece to their patented three guitar sound the inner workings of their classics and building a bond that only comes with watching songs come to life. In the footage you’re about to hear, there’s an actual Lynyrd Skynyrd rehearsal taking place from the privacy of bassist Leon Wilkeson’s living room shortly after Steve joined the band.

Recorded by Leon, we can hear Allen Collins, Gary Rossington and Steve Gaines bringing “Workin’ For MCA” to life as they trade lick after lick before sending Steve on his way for the white hot solo that kicks off right around 0:18.

What makes this clip so great is hearing the teamwork that goes into making a song like “Workin’ For MCA” happen – you never realize how intricate the guitar work actually is, and this rehearsal audio is sure to make you appreciate that gorgeous three guitar attack even more!