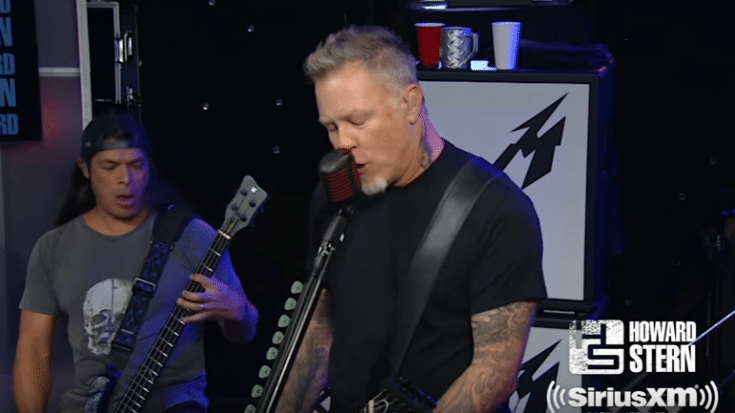 Shut Up And Take My Money!

Released on March 3, 1986; it’s been 30 years since we first heard the iconic “Master of Puppets.” It was a masterpiece to say the least and definitely one of the albums that propelled Metallica into international stardom. Lars Ulrich called it “very gutsy music.” Intense and powerful? Yes. Unforgettable riffs and rhythms? Absolutely. It was their legacy to the metal genre.

In an interview with the Rolling Stone magazine, Lars said:

“There’s a spark or spontaneity or impulsiveness that happens when you’re in your twenties. We wrote Master of Puppets in probably eight weeks over that summer.”

To commemorate this 30th anniversary, ESP will issue 400 Limited Edition LTD Graphic Series guitars and will be first seen during the Summer NAMM Show.

“For more than two decades, Kirk Hammett and James Hetfield have been among the world’s most influential ESP players,” says Matt Masciandaro, president and CEO of the ESP Guitar Company. “Our two previous Metallica commemorative models were huge successes, but we expect that the Master of Puppets guitar will be in even higher demand.”

This will definitely be a highly sought-after collectible!