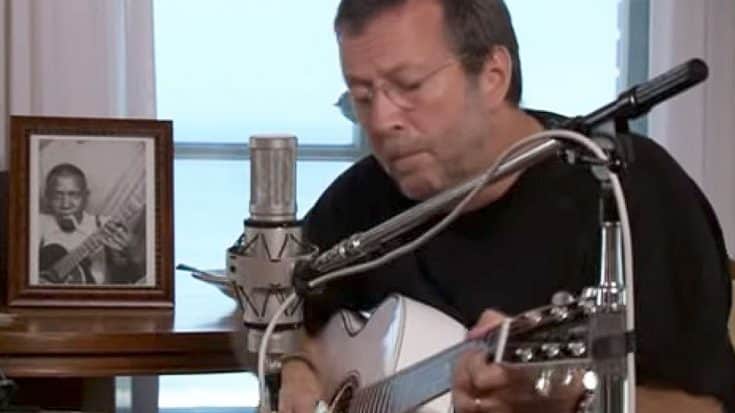 Eric Clapton is truly one of the most iconic and influential guitarists that has ever picked up a six-string. He’s also incredibly unique, but in his uniqueness he displays his many influences every time he plays.

Being the musical jack of all trades, Eric Clapton has been influenced by MANY great music legends, but one influence that probably sticks out more than most is blues legend Robert Johnson. If you were to listen to the two play guitar back to back, you’ll absolutely hear the similarities between the two. It’s one of many, many factors that contribute to Eric’s overall playing ability.

One day, Eric Clapton set up some recording gear in his home to pay tribute to the aforementioned Robert Johnson with a simple jam of his iconic hit Love In Vain. To put it simply, what you’re about to watch will warm your heart. See for yourself.