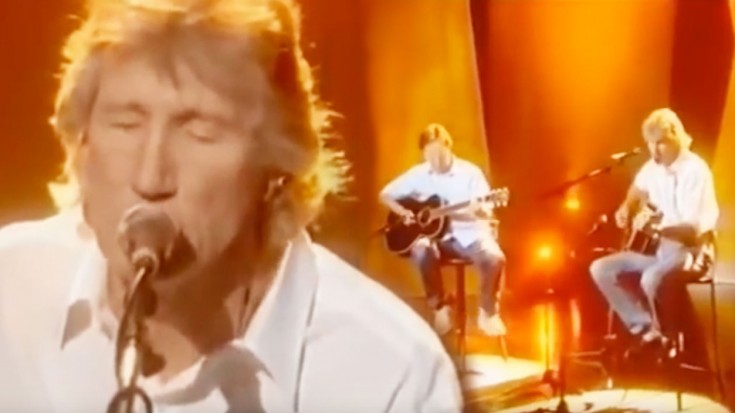 As one of Pink Floyd’s most memorable and beautiful songs, “Wish You Were Here” is an ode to the lonesomeness we all feel at one point or another. Performing for the 2009 Tsunami Aid: A Concert of Hope, Clapton and Waters deliver a breathtaking acoustic rendition of this powerful song with ease.

Interesting Fact: Roger Waters has said this song was based on a poem he wrote about Syd Barrett’s fall from reality. It was said that Syd’s friends would lace his coffee with LSD, which eventually lead to his mental breakdown.

From 9th studio Floyd album Wish You Were Here, the band displayed a softer, less psychedelic side to them and exercised beautiful versatility after iconic album Dark Side Of The Moon.

Although Roger seems to be a bit distracted toward the beginning of this performance, he pulls through with his lower pitched vocals that almost seem to calm you as you listen. Granted the ideal person to perform the flawless and unforgiving lead vocals of this song is always going to be David, we feel that Roger took the song and made it his own. Enjoy this wonderful compilation between the one and only Eric Clapton and Roger Waters.