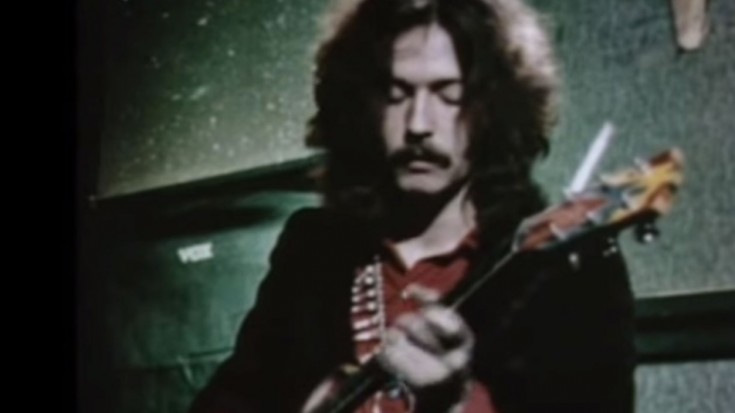 Mortals, Let The Guitar God Show Us His Ways!

We thought it’s not possible to love Eric Clapton so much more but well, we’re utterly wrong. Seeing this footage during his time with Cream just reminds you why he’s one of the best guitarists to grace the Earth. This is like getting free lessons from one legendary musician and boy, we’re definitely all ears. (Gotta love that little lick he does though and we’re still trying to emulate that!) Massive tone win, if you ask us but duh, it’s Eric Clapton — you can expect nothing less. Besides, just one look at this mini tutorial and you’ll see some improvement in your guitar playing. We know because that’s exactly how we felt afterwards. And mind you, even after showing off his impressive guitar skills, he did it with so little effort.

He definitely knows what he’s talking about. Playing it like a boss!