Eric Clapton, Buddy Guy And Other Legends Collaborate For Riveting Cover Of This Robert Johnson Classic 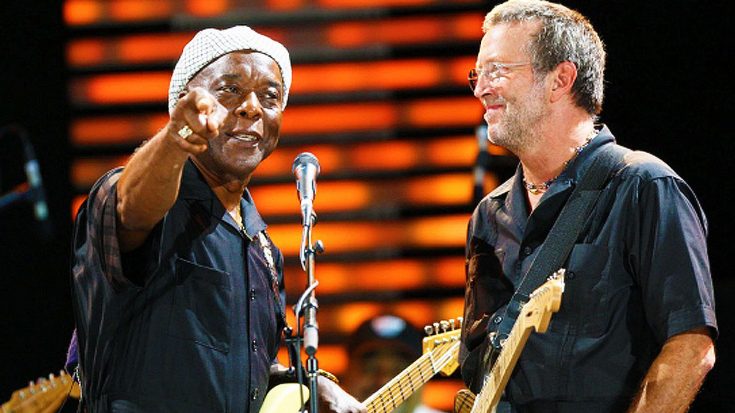 Eric Clapton’s Crossroads show was an unbelievable, once in a lifetime event. Clapton was able to pull all sorts of legends up on stage to join him during the show, which made it a landmark performance. One of the best moments, was when Clapton, Buddy Guy, Robert Cray, Johnny Winter, Hubert Smith, John Mayer and more, hit the stage for an amazing performance of the Robert Johnson blues classic “Sweet Home Chicago.”

Fun Fact:The lyrics only obliquely refer to Chicago itself, in the song’s refrain, where the song narrator pleads for a woman to go with him back to “that land of California/ my sweet home Chicago”. Indeed, California is mentioned in the song more than Chicago, both during this refrain and in one of the stanzas (“I’m goin’ to California/ from there to Des Moines, Iowa”). These perplexing lyrics have been a source of controversy for many years.

The legends alternate verses, take turns singing the chorus, trade off solos, and turn the song into a 7-minute jam session, that every blues and rock n’ roll fan will absolutley love! The performace is an amazing tribute to the great blues icon Robert Johnson, who inspired so many of the artists on the stage!

Check out the amazing performance down below!