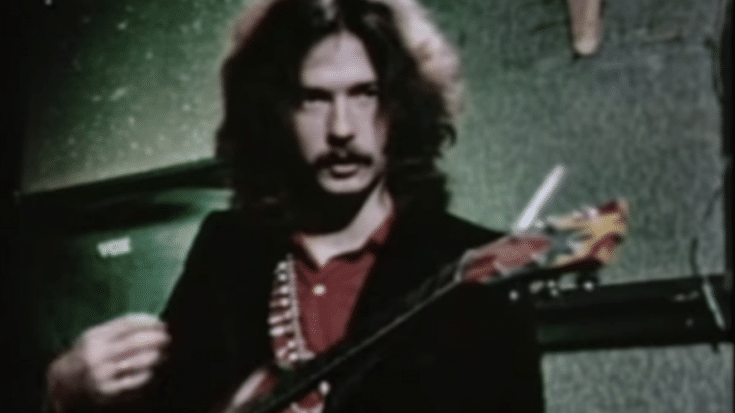 Eric Clapton is so talented on a six string- his own instrument has to smoke a cigarette when he plays. That’s exactly what happened in this BBC footage. In 1968, Cream was on the road during their farewell tour when the UK film crew sat down with Clapton. By this time in his career, the very young virtuoso was already revered in the rock community as a genius. Yet, he still had so much more to show the world.

Clapton’s distinct rock/blues sound made him a one man powerhouse in any situation. As the lead guitarist of Cream, the 23 year old musician took much of the creative lead. In the video, he’s using a psychedelic decorated 1964 Gibson SG Standard. His technique proved to be hardcore- even for the 60s.

He starts with a lesson in tones- demonstrating the immense range of his abilities. Apart from his technique is his timing-it’s quick and sharp, “hard-hitting” doesn’t begin to describe it. Another fun bit is his exhibit of how kick start the  wah-wah pedal on an early Vox model.

“When I stretch strings, I hook my thumb around the neck of the guitar. A lot of guitarists stretch strings with just their hand free. The only way I can do it is if I have my whole hand around the neck—actually gripping onto it with my thumb. That somehow gives me more of a rocking action with my hand and wrist.”

The interview is also included in Cream’s documentary for their farewell tour, Cream’s Farewell Concert. The show itself was on November 21, 1968 at the Royal Albert Hall in London. Included in the Tony Palmer rockumentary are interviews with bassist Jack Bruce and drummer Ginger Baker.