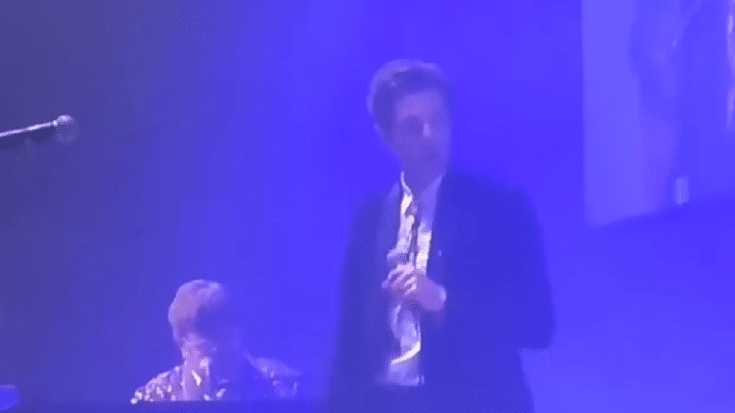 During the 27th Annual Elton John AIDS Foundation Academy Awards Viewing Party, guests were treated to stellar performances throughout the night. Aside from the impromptu performance of Elton John and actor Taron Egerton, they also witnessed another collaboration – Elton John and The Killers lead singer Brandon Flowers who played a rousing rendition of the 1973 hit “Daniel.”

At the beginning, Flowers declared:

Just like Taron Egerton, Flowers seemed like he was in awe that he was sharing the stage with the rock icon. Prior to this, The Killers played some of their hits like “All These Things That I’ve Done,” “When You Were Young” and “Mr. Brightside.”

Over 900 celebrities gathered at the event to raise funds for Elton John’s AIDS Foundation. The star-studded guests generated over $6.3 million from dinner ticket sales, donations and auction. Some of the items auctioned off included portraits and a Yamaha piano signed by John.

The 2019 Academy Awards was certainly a night for rock ‘n roll. After Queen kicked off the ceremony with an adrenaline-pumping performance, Bohemian Rhapsody bagged multiple awards including Best Actor for Rami Malek. We’re hoping the same thing happens to Rocketman and Taron Egerton!