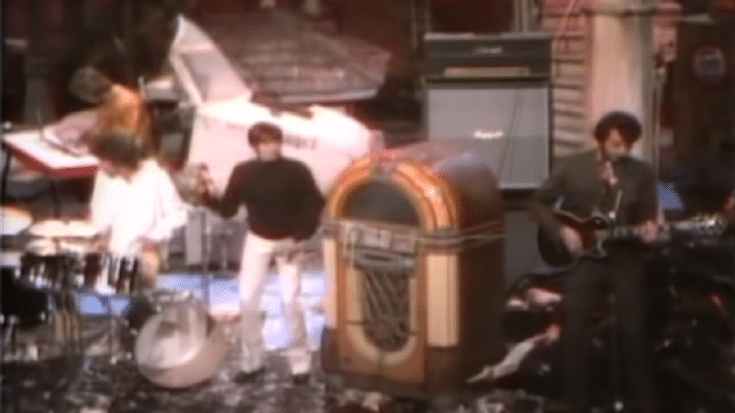 It Takes You Back

This is just one of the reasons why we long to go back to the ’60s. The music was stellar and the musicians became such a huge part of our lives.

Case in point: The Monkees and their final performance as a group until 1986.

The 33⅓ Revolutions per Monkee was a television special that aired on April 14, 1969. Aside from The Monkees, the show featured several other musical guests Jerry Lee Lewis, Fats Domino, Little Richard, and The Buddy Miles Express whom the boys met while traveling back in time during the early days of rock ‘n roll. It all ends with an epic 10-minute version of “Listen to the Band”.

Unfortunately, this marked the end of the original lineup because during filming, Peter Tork announced his departure. They wouldn’t be seen performing as a quartet again until 1986.

“If the Monkees’ self-mockery went over the heads of their dwindling fans in Head, it was brutally shoved down their throats in the television special.” – Glenn A. Baker, author of Monkeemania: The True Story of the Monkees

Peter Tork died last February 21, 2019 due to complications from cancer.