Elton John Invites His Protégé Ed Sheeran On Stage For Once In A Lifetime Duet! 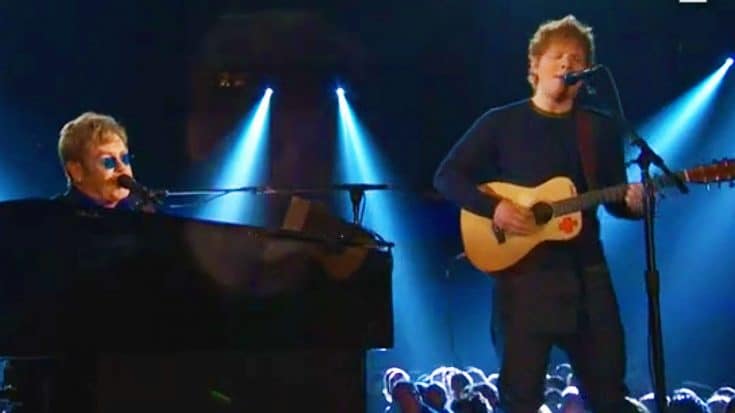 Back in the day, Elton John dominated the radio waves. Anytime you turned on the radio, you would hear one of his classic hits like “Bennie and the Jets,” “Tiny Dancer” or “Rocket Man.” He was the king of pop rock, and he has inspired many of today’s artists.

One artist he’s inspired in particular, happends to be his own protégé, Ed Sheeran. Back in 2011, Ed’s EP caught the attention of Elton, and the rock/pop legend took him under his wing. Ed’s first album achieved massive success, and his song “The A Team” was nominated for the Song of the Year Grammy in 2013. At the awards ceremony, Ed hit the stage for a performance with Elton John, and it was a performance no one will ever forget.

“He reminds me of me when I first started out; his enthusiasm and his love. He’s always doing something, whether he’s writing his own stuff or he’s writing with other people.” – Elton John on Ed Sheeran

Many say this is one of the best recent performances at the Grammy’s. The two’s voices go perfectly together, and you can see why Elton took Ed under his wing. He’s helped craft him into an amazing musician, and this performance will make fans of both jump for joy. The crazy part is, is that if you turn on today’s radio, you’re almost guaranteed to hear one of Ed’s songs playing, just like you would hear Elton’s.