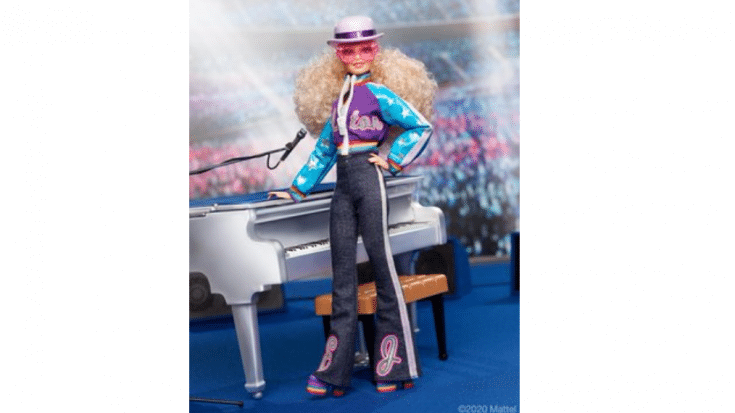 Elton John’s latest collaboration is totally unexpected – he recently teamed up with Mattel for the release of his own Barbie doll on October 22. This is in celebration of the 45th anniversary of his legendary pair of sold-out shows at LA’s Dodger Stadium on October 25 and 26, 1975. It broke records at the time for being the two largest shows by a single artist.

It’s not in his likeness though, instead, the classic Barbie Doll wears a colorful bomber jacket with “Elton” embossed on it and a rainbow-striped hem, flare jeans embellished with his initials “EJ” at the bottom, a purple bowler hat, platform boots with rainbow stripes, and Elton John’s signature sparkling pink sunglasses.

In a statement, the rocker says: “Barbie is an icon in her own right, so having her pay tribute to my work and personal style is a real honor. I hope that she inspires fans everywhere to fearlessly pursue their own dreams and limitless potential.”

This limited edition Elton John Barbie Doll comes in a collectible box including a doll stand and also a certificate of authenticity. It retails for $50 and is already available on Barbie.com, Amazon, Target and Walmart.