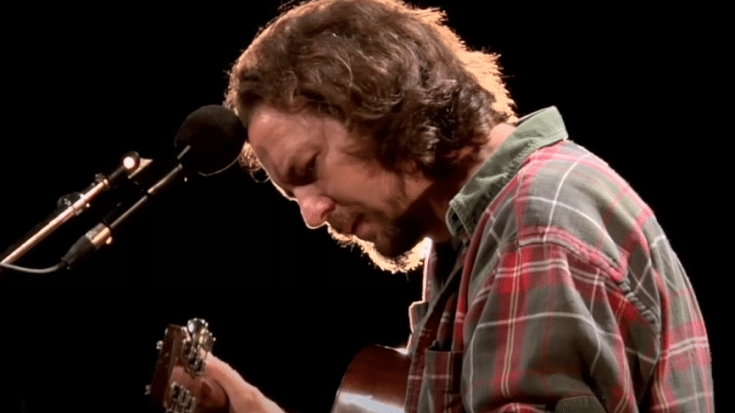 Pearl Jam’s Eddie Vedder shared his disdain for Mötley Crüe and their influence in the 1980s heavy metal scene.

In a recent interview with the New York Times, while promoting the February 11 release of his solo album, “Earthling,” Vedder was asked about the changes in music trends through the years.

“You know, I used to work in San Diego loading gear at a club. I’d end up being at shows that I wouldn’t have chosen to go to — bands that monopolized late-’80s MTV. The metal bands that — I’m trying to be nice — I despised. “Girls, Girls, Girls” and Mötley Crüe: [expletive] you.

“But I’m circling back to say that one thing that I appreciated was that in Seattle and the alternative crowd, the girls could wear their combat boots and sweaters, and their hair looked like Cat Power’s and not Heather Locklear’s — nothing against her.

“They weren’t selling themselves short. They could have an opinion and be respected. I think that’s a change that lasted. It sounds so trite, but before then it was bustiers. The only person who wore a bustier in the ’90s that I could appreciate was Perry Farrell.”

Vedder just proved that you can be a fan of grunge, but despise glam metal. Although, there’s nothing wrong with being a fan of the two genres.

Eddie is currently set on a short promotional tour for his upcoming third solo album. He is joined by a backing supergroup titled The Earthlings, which consists of RHCP drummer Chad Smith, keyboardist/guitarist/vocalist Josh Klinghoffer, bassist Chris Chaney, guitarist/vocalist Glen Hansard, and guitarist Andrew Watt. The tour’s last show will be on February 22, at Seattle’s Benaroya Hall.

Upon knowing about Vedder’s comment, Mötley Crüe’s Nikki Sixx took to Twitter, where he expressed the following opinion:

“Made me laugh today reading how much the singer in Pearl Jam hated @MotleyCrue. Now considering that they’re one of the most boring bands in history it’s kind of a compliment isn’t it?”

Made me laugh today reading how much the singer in Pearl Jam hated @MotleyCrue. Now considering that they’re one of the most boring bands in history it’s kind of a compliment isn’t it?#TheStadiumTour #RocknRoll