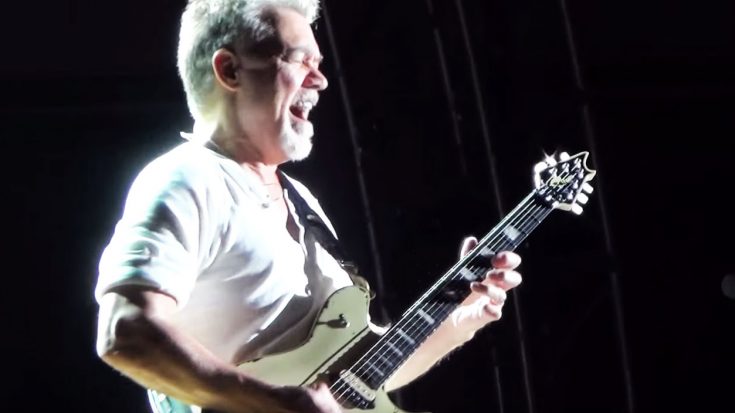 If you’re a Van Halen fan or even a rock/guitar enthusiast in any sort of capacity, then you’ve probably head or seen Eddie Van Halen‘s wildly famous guitar solo titled Eruption. It’s become the solo that every aspiring guitarist has strived to learn at one point or another. And just when you think you’ve finally nailed it, Eddie Van Halen changes it up, yet again.

What you’re about to watch is Eddie Van Halen take to the stage at the Hollywood Bowl and perform, as you’d expect, Eruption. You’ll think that it’s just the same old Eruption shtick that you’re used to hearing, but you’ll soon find out that he has yet again refined his craft!

What do you think of this newly revamped version of Eruption? Do you think it was even necessary to give Eruption a facelift? It’s definitely smart on EVH‘s part to keep his content fresh. Hopefully we’ll see more of this from EVH in the future! Have a listen!