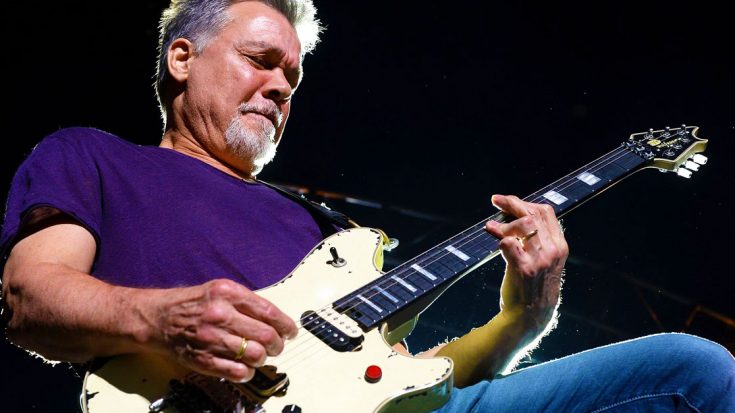 Love him or hate him, there’s no denying that Eddie Van Halen is one of the most brilliant guitar players of the 20th century, finding new and exciting ways to bring rock and roll to the masses and using his guitar as so much more than an instrument with 6 strings. He blew us away with “Eruption” more than 4 decades ago and when he hit the road again with Van Halen last year for the band’s highly anticipated reunion tour, Eddie once again dusted off his 1978 masterpiece before a sold out crowd at the Hollywood Bowl – but this time, he upped the ante.

Fun Fact: Eddie took piano lessons throughout his youth. He credits his understanding of classical music for his ability to write songs.

What began as a 1:43 interlude on Van Halen’s debut album, “Eruption” becomes a searing, 10-minute jam that shows Eddie at the best he’s ever been and certainly the most creative he’s ever been – turning his guitar into a violin for a classical interlude within an interlude at one point and mindlessly shredding and letting his fingers take him where they wish for him to go at another point before finally leading into the “Eruption” we know and remember right around 8:30. An absolute god among men, we can’t get enough of Eddie Van Halen or the magic he spins with a guitar in his hands – check it out in the video below!