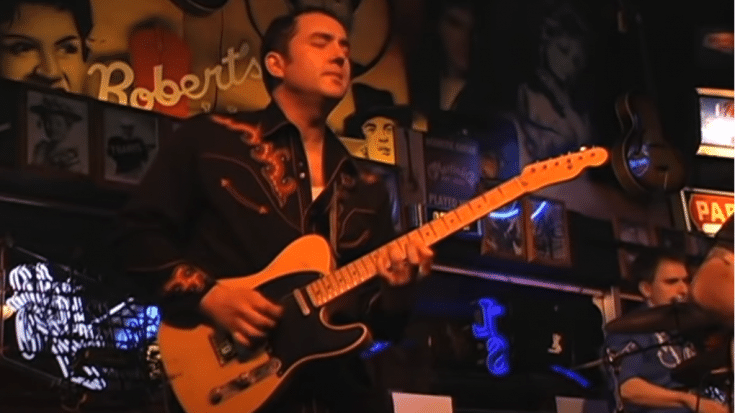 For over a decade now, Matthew Lee has been wowing the crowd in Nashville with his serious guitar chops and unique style. He’s played thousands of shows – no exaggeration – at the hottest clubs and venues. It’s no wonder, really, given that he could easily melt our faces off with his immense talent and skill.

Aside from live performances, Matthew Lee has also been featured in numerous recordings with various artists. The Nashville scene is seriously competitive and yet he managed to stand out because of his distinctive approach to music and guitar playing. In short, he’s proven that he’s a cut above the rest. Plus, he teaches guitar lessons.

Check out his playing below and we’re pretty sure you’ll be blown away too.

He wrote on his website, “The music industry is a very complex profession. You either evolve or you dissolve, there’s no room for complacency.”

“I’m constantly trying to develop my voice on my instrument,” he continued, “to stand out from the thousands that are trying to do the same thing.”

He then added that he hopes his “unique style gives listeners a breath of fresh air in my genre while also giving respect and reverence to the greats that have come before me.”