Drummer Turns Cover Of A Bob Seger Song Into Stunt Show!- This Is WILD 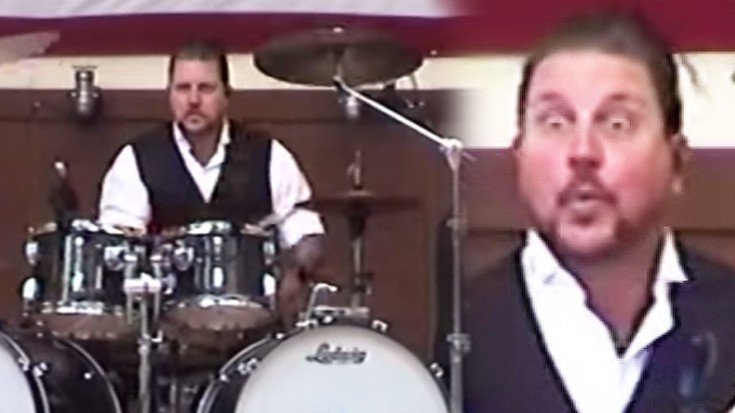 The real life ‘Animal’ from the Muppets

Internet sensation Steve Moore is known for his unorthodox and maniac drumming style. Six years ago a video titled, “This Drummer Is At The Wrong Gig,” surfaced on YouTube. The video featured a clip of a typical cheesy classic rock cover band band called Rick K. and the Allnighters playing ZZ Top’s “Sharped Dressed Man.” The video has been seen over 36 million times, and sky rocketed the textbook cover band into international success. while drumming, Moore sticks out like a sore thumb. It’s like Keith Moon playing drums for Sarah Mclachlan, or John Bohnam filling in for a Simon and Garfunkel gig.

Luckily, Moore and his cover band are still going strong, and in July of last year the drummer showed off some incredible tricks during the band’s performance of Bob Seger’s “Old Time Rock n Roll” at Knoebels Amusement Resort. Moore turns the performance into a stunt show, at one point he has the lead singer continuously lob him sticks, catches them and continues the song without missing a beat. Moore has truly amazing skill when it comes to the drums, and one could hope that he continues to showcase these phenomenal tricks.

Check out the video below! 2:45 is ridiculous!