Drummer Howard Grimes Passed Away At 80 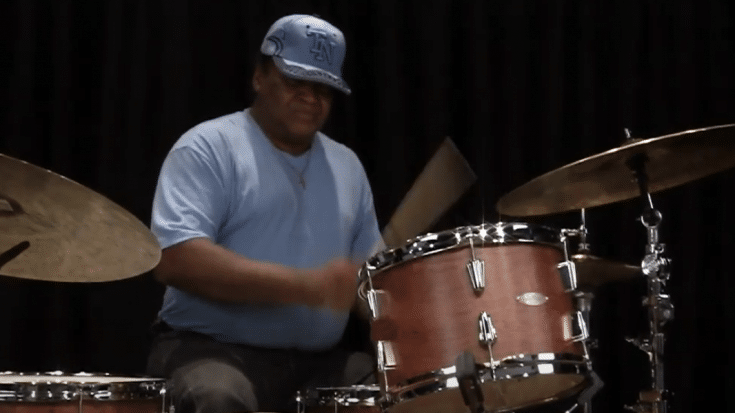 Howard Grimes, the veteran drummer best known for his work in the rhythm section of the Hi Records house band, has passed away at age 80 on Saturday, February 12, of kidney failure at Saint Francis Hospital in Memphis.

His death was confirmed to NPR by his bandmate Scott Bomar of the Bo-Keys, stating:

“He was at peace before he passed. I think what Howard would want people to know about him was that his relationship with his creator, his spiritually, was the most important thing in his life. The second was Memphis music.”

Grimes was dubbed as “The Bulldog” by his mentor and Hi Records founder Willie Mitchell, for his heavy foot and steady beat behind the drum kit. He was the pillar of the Memphis soul music scene in the 1970s.

As a member of the Hi Rhythm section, Grimes would play with classic acts and tracked records with artists like Al Green, Ann Peebles, Otis Clay, and Syl Johnson, among others. His beats on songs including Green’s “Let’s Stay Together” and Peebles’ “I Can’t Stand the Rain” served as the key foundation for the booming Memphis soul sound of the era.

Born in Memphis in 1941, began drumming at an early age and started performing in public at the age of 12 and quickly picked up gigs in various Memphis clubs. His first recording session was in 1959, in a converted South Memphis movie theater, backing Rufus and Carla Thomas on “’Cause I Love You.” The song helped Satellite Records, the label that would later become Stax.

In recent years, Grimes played with the soul-jazz group the Bo-Keys. They were nominated for a Grammy in 2010 for their work on Cyndi Lauper’s Memphis Blues album, which also featured cameos from Peebles, B.B. King, and Allen Toussaint.

On his autobiography Timekeeper: My Life in Rhythm released in 2021, Grimes wrote:

“My beat is the backbone of the Memphis sound. The rhythm of this city runs through my heart. I’m connected to the music in this city. The old masters I played with, that I came up under, they told me to listen to them, to tell what’s happened and remember. They told me to tell the truth for them after they’ve gone. They’ve almost all gone.”